It is a historic day today, when Jammu & Kashmir, through district Kathua, has joined Prime Minister Narendra Modi’s mission for doubling farmers’ income in India. This was the instant expression of Union Minister Dr Jitendra Singh when he began to address the gathering soon after dedicating to the public the mega quintal capacity Seed Processing Plant with 16 lakh seed generation and 24 lakh seed processing capacity, the first-of-its-kind, to have come up in this entire region.

Dr Jitendra Singh said, in the last few years, Kathua has made its presence on the national map of India several times in one way or the other and it has also found reference in Prime Minister Narendra Modi’s “Mann Ki Baat” twice in the last three to four years, which is a unique distinction for any district of India.  And today, the new Seed Processing Plant set up over here will be catering not only to district Kathua but also to the entire Union Territory of Jammu & Kashmir and the two adjacent States of Punjab and Himachal Pradesh. The farmers in all these years, said the Minister, who had earlier to struggle to procure better quality seed from other places, will now have superior quality seed available at their doorstep. He said, this will not only enrich the quality of crops sown by them but also enable them to procure seed of a superior quality at a lesser cost which, will in turn raise the margin of their profit in the market.

Lauding Prime Minister Narendra Modi for his historic steps taken vis-à-vis farmer’s upliftment & development, Dr. Jitendra Singh said that the schemes launched from the last seven years like Kisan Bima Yojana, PM Kisan Samman Nidhi, Soil Health Care etc. have been able to uplift the farmers that had not been achieved from the last 70 years under other governments.

In the last six or seven years, barring one year of COVID constraints, Dr Jitendra Singh said, the entire Lok Sabha constituency of Udhampur-Kathua-Doda has been benefited with national projects of distinction one after the other, and Kathua especially, has become the capital of some of the most prestigious national projects in Jammu & Kashmir.  He said, just to cite a few examples, Shahpur-Kandi project revived after 40 years, North India’s first ever Cable-Stayed Bridge Atal Setu,  J&K’s first inter-State bridge at Keerian-Gandyal, North India’s first Bio-tech Industrial Park, North India’s first Express Road Corridor from Delhi to Katra via Kathua, the new National Highway from Lakhanpur-Bani-Basohli-Doda via Chattargala Tunnel, besides centrally funded Government Medical College, Centrally Funded University Institute of Engineering etc., have already placed Kathua as one of the most enviable districts of India. 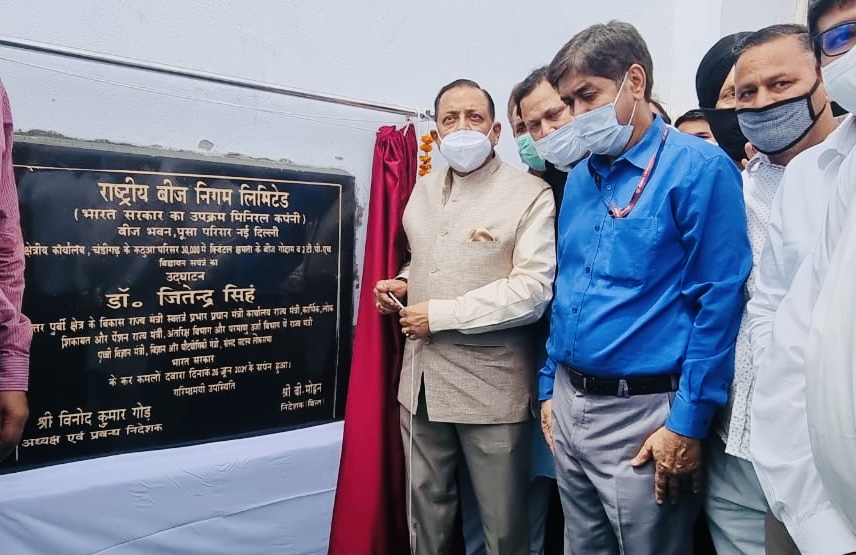