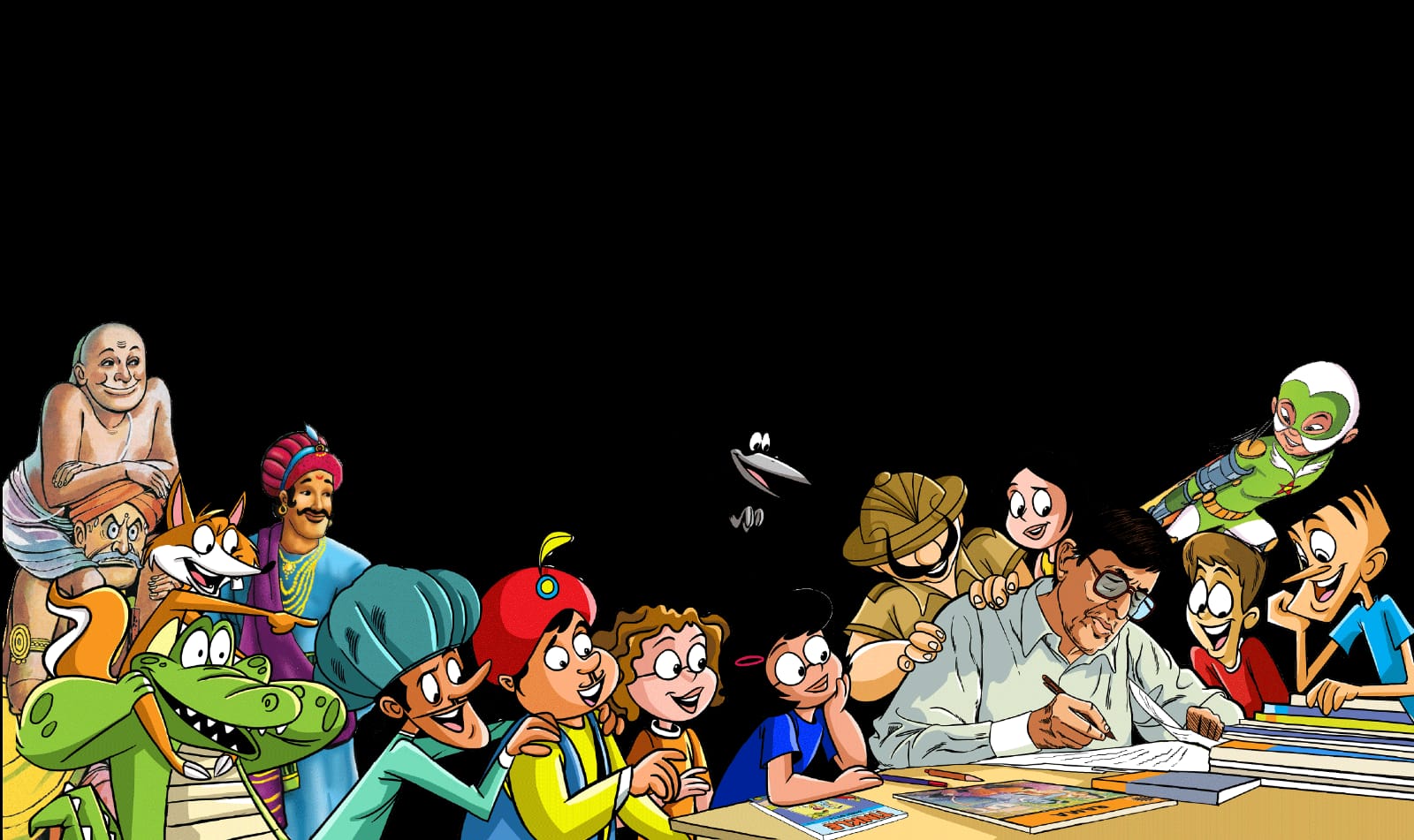 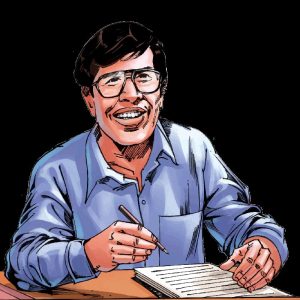 Happy Birthday Uncle Pai…
I remember my love for epic developed through the stories of my beloved grandma. Her frivolous style of telling folklore in her melodious voice was an art itself. She caught most of my attentions more than any of my tutors at school. She was my greatest repository of folktales and mythological stories. Those were the golden days I cherished to date spent with my Granny. The Sunday afternoons and late summer nights listening to her folktales of knights on chargers, two armies standing on either side of a dark plain on a misty morning five hundred years ago, preparing for battles.
Tales of brave warriors Gods and Goddess slandering conniving demons, benevolent Kings and the witty and humorous stories of famous court jester Tenali Rama who was a Telugu Poet and advisor in the court of King Krishnadevaraya in what is now called as Andhra Pradesh. As a kid growing up in post-colonial India her stories of heroic battles and Indian mythology left a great imprint on my mind ever since my childhood days which was meant for entertainment as well as pedagogic purposes.
I thank to my dear departed grandma who introduced me to the world of Amar Chitra Katha in early 90s for inculcating the habit of reading in me right from the age of three. She was an avid reader and a great admirer of Uncle Pai and his popular classic cultural tales. Since then Amar Chitra Katha has been part of my innocence and childhood memory. Every time I leaf through the pages of Amar Chitra Katha I am reminded of my grandma’s warm embrace. And the stories would never end. Hero Worship an integral part of children’s literature is then put in to the tales narrative designed to foster the feeling for our age old divine super heroes like Rama, Hanuman and multiple others from mythology. The premise of identification between hero and child is then magical affected through the common religious bonding narrated in the folklores. It does magic on the readers mind in understanding the core values of our deep-rooted culture ideology.
Our generation has changed immensely with kids today growing up in a globalized yet shrinking world with continuous stimulation across platforms and relentless media exposure. Thanks to the father of Indian comics Anant Pai who was a genius. Using comics as his mode of communication, Uncle Pai brought Indian mythology, brave hearts, epics, folktales, literary masterpieces, biographies of visionaries from every region of India. Anant Pai aka Uncle Pai started Amar Chitra Katha in 1967, he was shocked when he saw that Indian children participating in a TV quiz show were sadly unfamiliar with the Sanskrit epic Ramayana. This inspired him to start Amar Chitra Katha, beginning with the first issue, Krishna, to educate the young mind with love, cartoons and knowledge. He was born in Karkala, in what was the erstwhile Madras Presidency of British India on 17 September 1929 to a Konkani-speaking couple, Venkataraya and Susheela Pai. He lost both his parents at the age of two. He was then brought up by his maternal grandfather. His mission was to bring stories from India’s rich historic past into the mainstream and he was unstoppable.
The beauty of Uncle Pai’s stories was that each time you picked up a copy of the comic books, you discovered something new. From the heartbreaking story of Shakuntala to little Ganesha who lost his head to Shiva’s wrath to valorous kings from history like Ashoka , Vikramaditya and Prithiviraj Chauhan. Every issue holds a revelation. ACK has keft the legacy alive ensuring that the comics created during his lifetime remain alive widely disseminated, and read by new generations. It has made it easy for children to understand the rich heritage and India’s greatness.
One of my priceless possession is collection of Uncle Pai comic books gifted by my loving grandma which has some of the most memorable cartoons like Suppandi, with Shikari Shambu and Tantri the Mantri. Amar Chitra Katha and Tinkle comics have a very special place in my heart which reminds me of my dearest noblest grandmother’s innocence and her pure realistic tales which sowed the seeds of curiosity and the love of books that I am so proud of today. Books shape the mind and help builds awareness, empathy, respect and the character of a person. Amar Chitra Katha and its engrossing world of stories were synonymous in my upbringing which has taught me and several generations of Indian children about the country’s rich heritage of folk tales and mythology.