The maximum number of people usually go for some kind of investments either in banks or other investment security financial institutions as they have just found these institutions a better safety and a reliable source of securing money and investing them, but many of them aren’t aware of the other investing alternates except for the banks and if they are aware then they don’t find it safe.

Except for banks, there are many other kinds of investments that are also profitable and safe such as finance providing company, share market, mutual funds, commodity market, bonds, and many more which have been proved the best way to invest but these are the investments which require high experience and if once an individual learns and study about these kinds of investments.

He/she can make huge sums in a shorter period of time of which one of the biggest examples in front of us is Warren Buffet who’s an American based biggest share market investor and also known as a business tycoon with a net worth of 75 billion dollars and currently.

He’s a CEO of Berkshire Hathway with a majority stakeholder in that company whose single share is of around 2.5 lakh in Indian currency at his childhood he was so fond of reading books related to finance and investment and he was a kind of worm to share market and another person who’s none other than from India whose name is Rakesh Jhunjhunwala also known as The Warren Buffet of India and a big investor of share market in India. 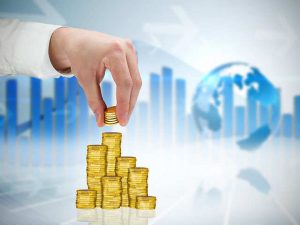 It’s basically a market where buying and selling of shares of different companies take place so seeing as the future plans and the current financial status of that company people use to buy and sell the shares of the company listed in the share market or stock exchange.

So basically, there are 2 companies in India through which the general public use to do the trading in shares 1st is the NSE (National Stock Exchange) and the 2nd one is the BSE (Bombay Stock Exchange) so there are different mediums through which both of these stock exchange regulates the buying and selling of stocks so many of the banks and other online platforms also get registered on the NSE and BSE for being a source for the public to trade in securities and commodities.

For trading in shares, an individual just needs to open a DEMAT A/C which allows him to trade in shares and other commodities but you have to keep this thing in mind that the company with whom you are trading should be genuine and it may charge a certain percentage of commission from you for trading as they also use to include their certain trading margin into it.

Therefore Share market is a world of investors but many people are still unaware of it and many of them are scared to invest in this market and in today’s scenario, only 2.5% of people from our country invest money in share markets as compared to the USA as in the USA this percentage exceeds till 52% that’s the reason startups of That country is successful.

So investing in share markets is risky but profitable too if an individual possesses a good knowledge of it.