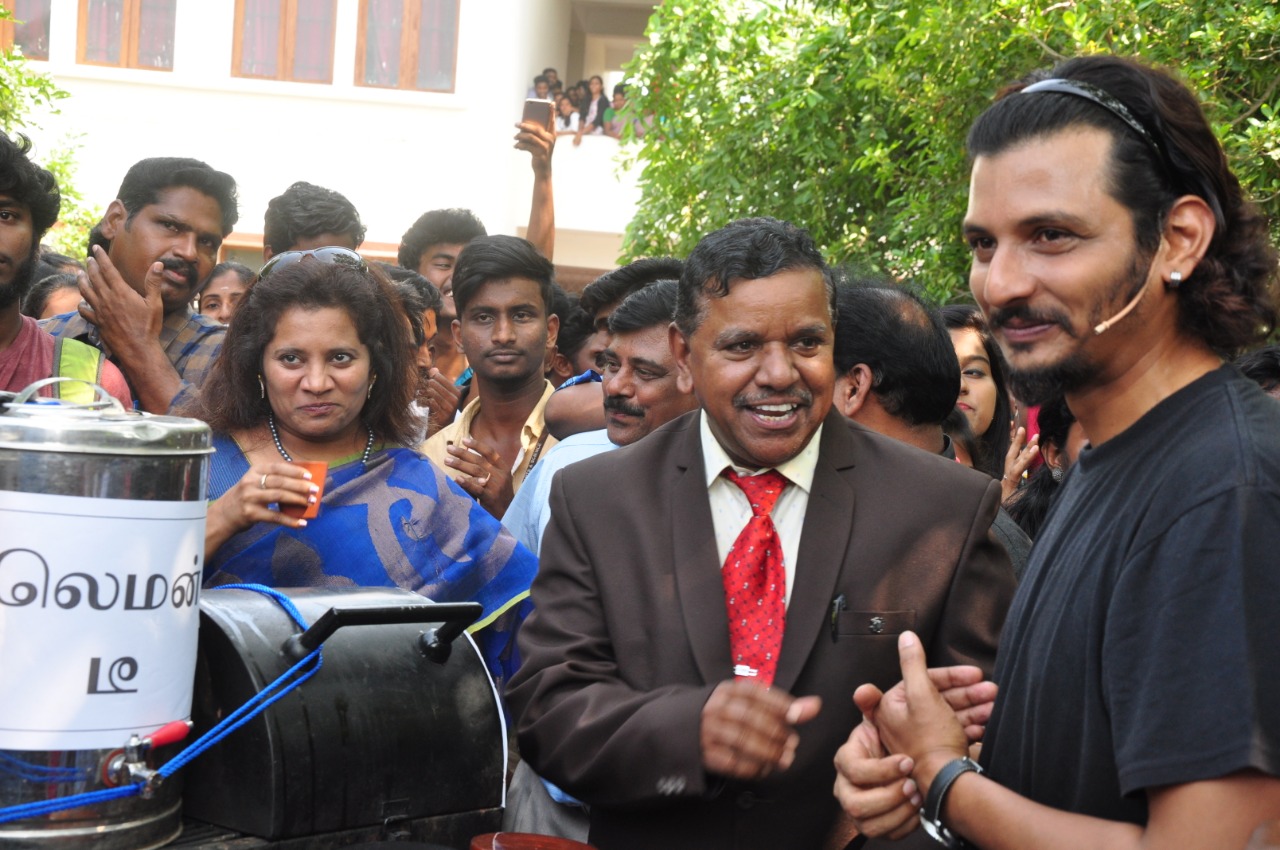 Actor and philanthropist Jeeva visited the Hindustan College of Arts and Science (HCAS) for a fund raising event on the 24 th of October 2018.

The money collected would be utilized to help and support the disadvantaged section, namely the physically challenged among others, who faced difficulty in sustaining their families.

Being a well-known face amongst all and sundry, Jeeva received a warm welcome in the college. Dr. S. Thirumagan the Principal, Mr. Samuel Sampath Kumar the Vice Principal introduced the actor to the students gathered in large numbers simply in order to catch his glimpse.

The deal was to contribute towards the charity by paying any amount of money for the tea that was being served, the minimum amount being ₹10. The tea sold fast enough. Also, the Director of HCAS, Dr. Susan Marthandon contributed ₹25,000 especially to this cause.

The program was a huge success and the students as well as the staff of HCAS both wondered and smiled seeing actor Jeeva so deeply indulged in serving tea in the campus.