Anna University to be bifurcated, same quota policy to continue

There has been a good deal of development in Chennai on the education front. The popular educational institution Anna University is said to be bifurcated. While one unit will have Institution of Eminence (IoE) status, the other will provide affiliations to colleges situated across Tamilnadu.

Anna University was established some 40 years ago, after such a gap, the well-known organisation is going to be divided into two units. Tamilnadu Government is said to have taken a decision of forming an expert committee which will have top ministers from the state who will study its bifurcation into Anna Institute of Eminence and Anna University.

It is heard that the decision to spilt the University has been taken as an IoE will not be able to offer affiliations to other colleges. A cabinet meeting was held in November, following that a direction is said to have been issued to study the bifurcation and amend Anna University Act of 1978 and enhancing a new Act. 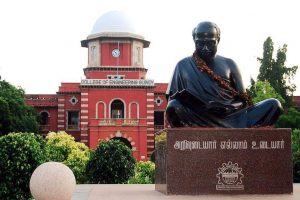 Quota policy to continue
Meanwhile, engineering aspirants from Tamilnadu continue to have doubts. Doubts are wether the usual reservation of 69 percent will be continued by Anna University or not once it gets IoE status.

Issuing further clarity MHRD is said to have stated that all provisions of the State Act including Reservation Policy under which the popular institution was established will continue to be applicable even after its gets IoE status.