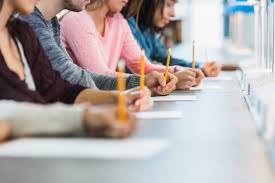 Chevalier T Thomas Elizabeth College for Women was where the attention was recently, thanks to a one day workshop of women’s writing. The event held on the premises of the educational institution had two sessions.
The first session was on the subject ‘women and progressive transformation.’ Associate professor of Madras Christian COllege Mekala Rajan highlighted the differences between the true and false feminism. The associate professor said there was a need to reinvent feminism.
‘Genius is bisexual,’ she said stating that both masculine and feminine roles needed to work hand in hand. For feminism is not about the passing of power from one hand to another, but the removal of the notion of power.
Ann Thomas, assistant professor, Madras Christian College spoke on ‘unveiling the aura of women as the other,’ focused on defining and describing the ‘other’ who are the marginalized. She highlighted the three areas of writing that target three centres of power namely fallo centrism, euro centrism and logo centrism.
Speaking further she said the work of Nobel prize winner Svetlana Alexievich is worth remembering. Her work broke all three centres of power, she added.