Don’t get confuse between Novels and Films 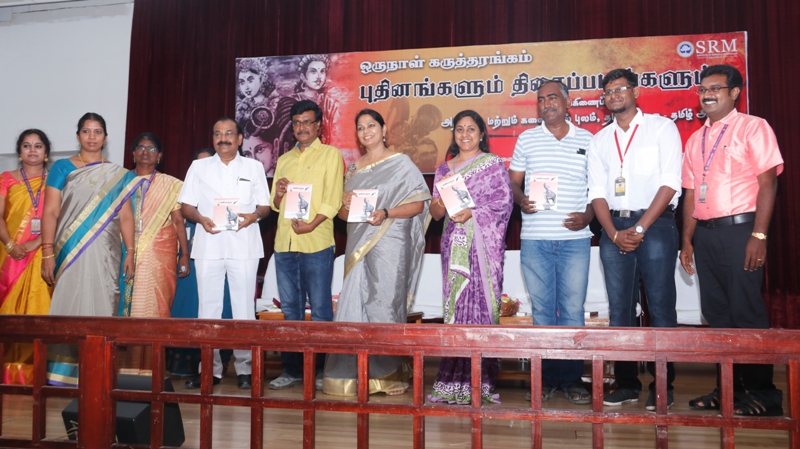 We generally tend to confuse between Novels and the Films which are carved out of them, thinking that they are same. 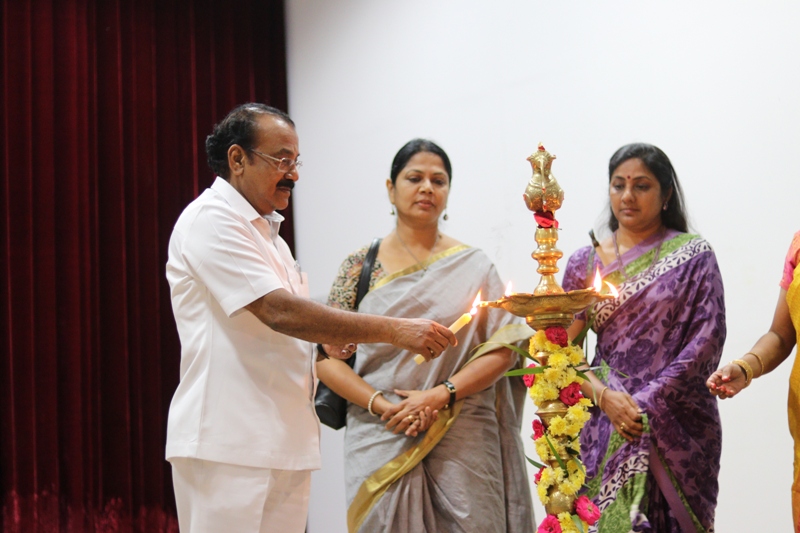 But they are totally different things as Films based on Novels have some similaritie as they are extracted from the novel itself but they can’t be exactly the same.
Addressing a seminar on Novels and Films organized by The Tamil Department, SRM Institute of Science and Technology in Kattankulathur, Actor and Academician Prof C Karthikeyan said that novel and films based on novels have many similarties and differences. He said, “films based on novels have many things changed in it. Story will have some differences it won’t be the same what is there in the novel.”
The Seminar began with the welcome address by Dr B Jaiganesh, the Head of the Department of Tamil ensued by the presidential address by the Director of The Faculty of Science and Humanities Dr R Balasubramanian.
The chief guests of the seminar Actress Rohini, Writer Bhaskar Shakthi, Writer Salma delivered their precedential address.
In the Inaugural Function of the seminar the novel Kaliyugak Kizhaviyum Onaai Kuttygalum written by Dr Shantichitra and translated by Dr B Jaiganesh was launched and released. The Annual Journal Kavimaali was also released in the event.
The valedictory function of the seminar was presided over by Dr J Jothikumar, the Dean, Faculty of Science and Humanities. Aruvi Film Director Mr Arun Prabhu Purushothaman delivered their special address in the valedictory function.
Films made from novels and the association and alienation between the films made on the novels and the novels themselves were the aspects which were critically analyzed and discussed in the seminar.