Give importance to languages and one should know all languages besides mother tongue: Dr. Thirumagan 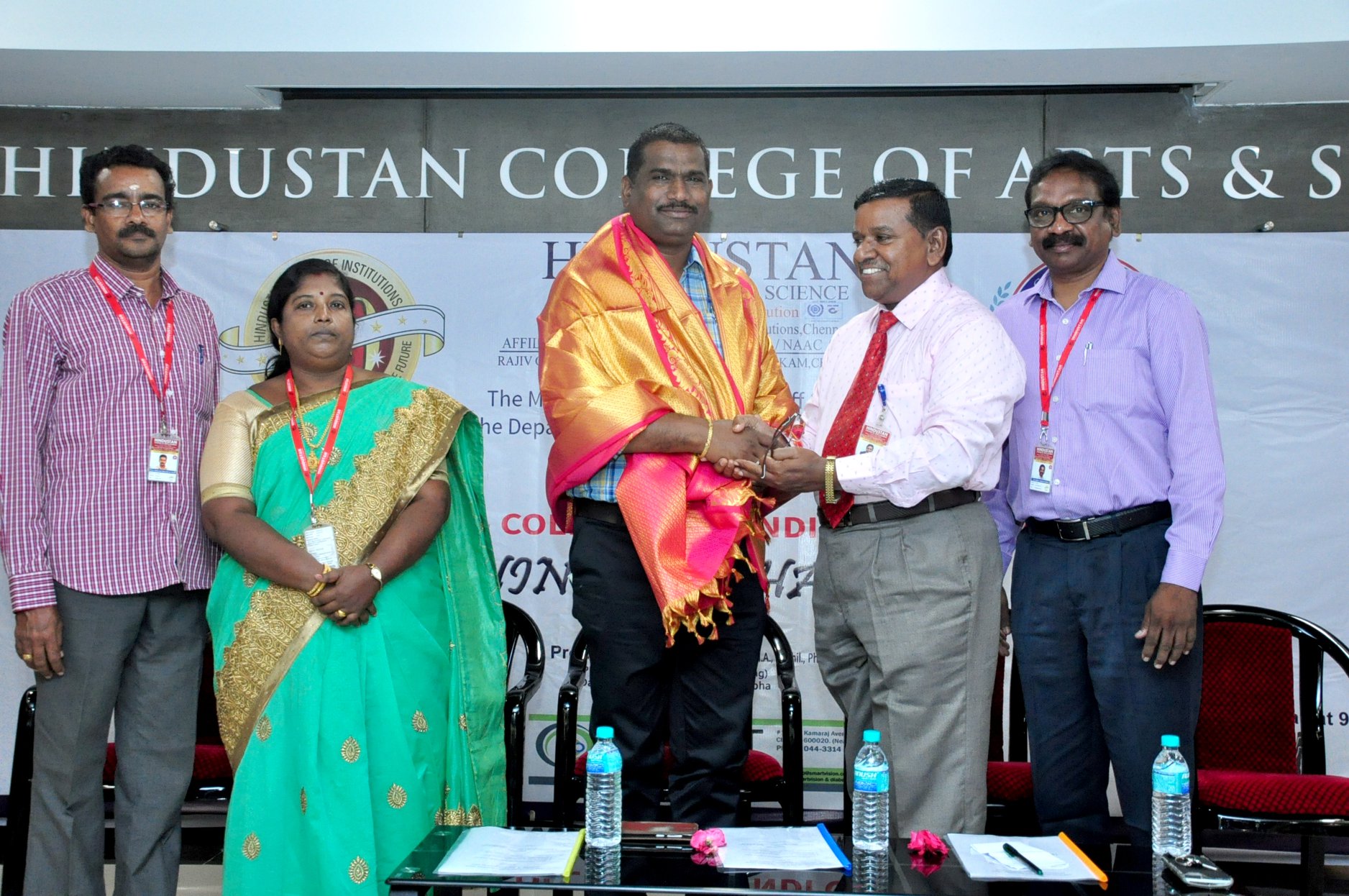 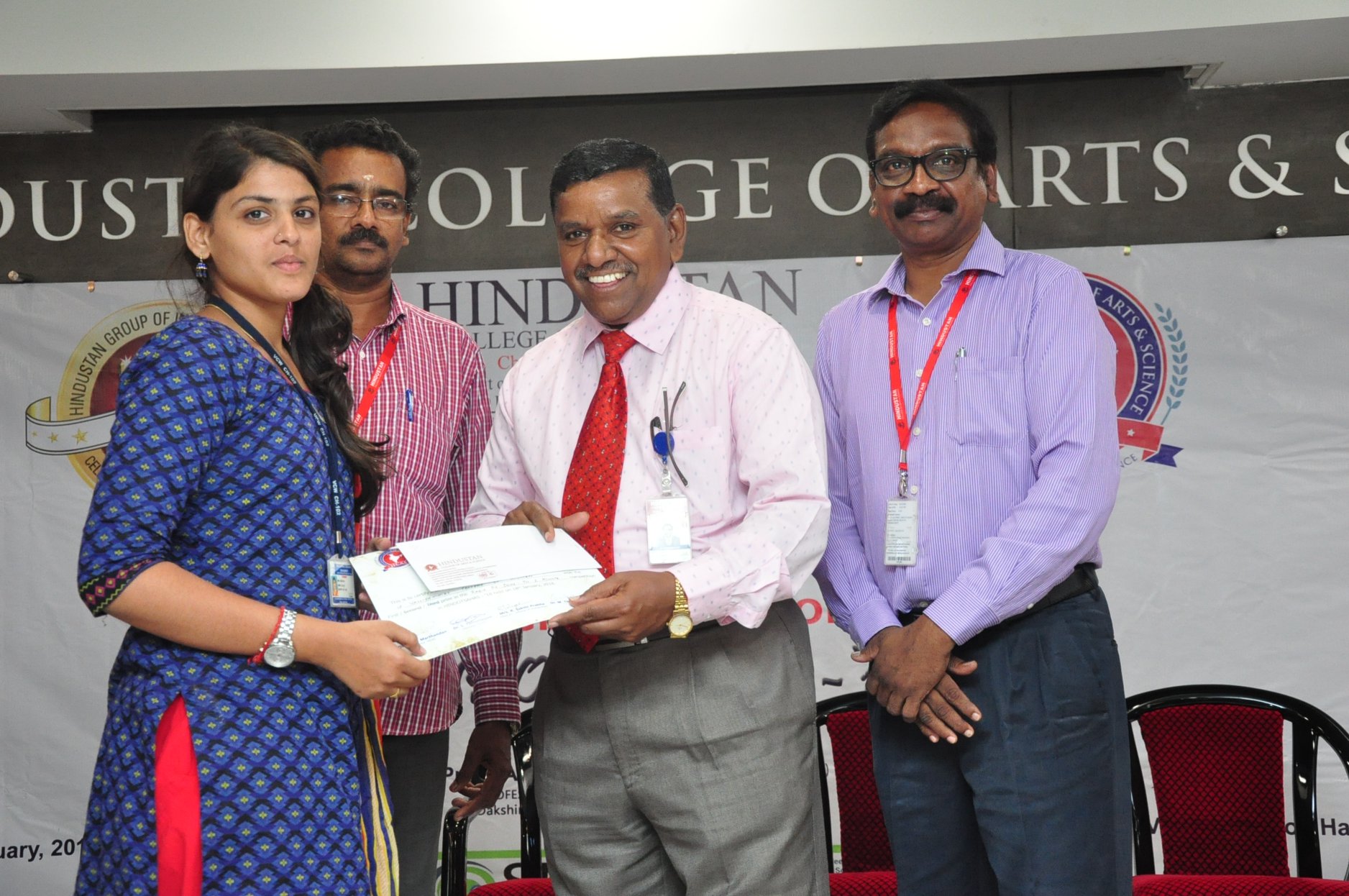 While welcoming gathering and Chief Guest, the Principal said that he knows Hindi and in  year he will speak in full Hindi to audience.  He said that because he is an Indian he likes Hindi and India is a country of many languages, Hindi a prominent one. If you attend this kind of seminar he will address in Hindi next year, he added.  He praised Hindi Prachar  Sabha Chennai for conducting diploma courses in Hindi, proud of research scholars it produced. On a personal note he said he got married in 1992 in Hindi Prachar Sabha premises and that he has long relationship with that organization. He praised Chief Guest Mr. Madar who is proficient in four languages saying Russia is a huge country but only Russian is spoken there.

It is positive that we have many languages and importance to Hindi should be given If one goes out of Tamil Nadu borders, he will be lost if he doesn’t know Hindi. One cannot survive without Hindi as Hindi is spoken in all other states he added.  With Hindi one can manage as so many people are talking and Hindi is the 4th largest spoken language in the world after Chinese Urdu etc.

He spoke of Hindi movies, TV channels etc as Door Darshan was first when cable TV was not there and he saw Hindi Chitrahaar frequently and sang Hindi songs also as these were popular He was happy as many people attend prose, poetry and other competitions and fun is not in winning prizes but more in participating in such a competition as this one. One must look life positively and pick up goodness from everything he mentioned. He congratulated languages department for organizing this competition and wished  all success

The Chief Guest Mr. Sanjay L Madar addressed in Hindi said that this kind of competition helps as languages develop that way.  Hindustan college is doing well as it conducts competition as this one and exhorted such competitions should continue.  He spoke of Kabir  Dohe his poetry and its relevance in today’s growth of language as Hindi and soon everyone will learn it was told.  Science is like attacking mind and praised for being humanistic hearty etc.

The competition as this one is very relevant in curricular and co curricular activities and new generation will benefit as humanity should not go down as it might be happening now.  He added that Hindi Prachar Sabha is conducting MA, MPhil and Phd courses, advising students and others to make use of it thanking HCAS for inviting him to deliver key note address to the competition

Later in the day, the Principal, Dr. S. Thirumagan and the Vice Principal Mr. Samuel Sampath Kumar distributed prizes and certificates to those who came 1st and 2nd in the event.  The function concluded with the singing of national anthem in the end.

The Hindi asst professor of Hindustan college Ms. Neena  delivered vote of thanks thanking the Principal, the chief guest HOD Staffs and students of the undergraduate courses, others in taking part in this event.

M. R. Maharajah Pillai HOD of languages, faculty and students of languages of 1st year and 2nd year undergraduate students as well as students and staffs of about 13 colleges participated.