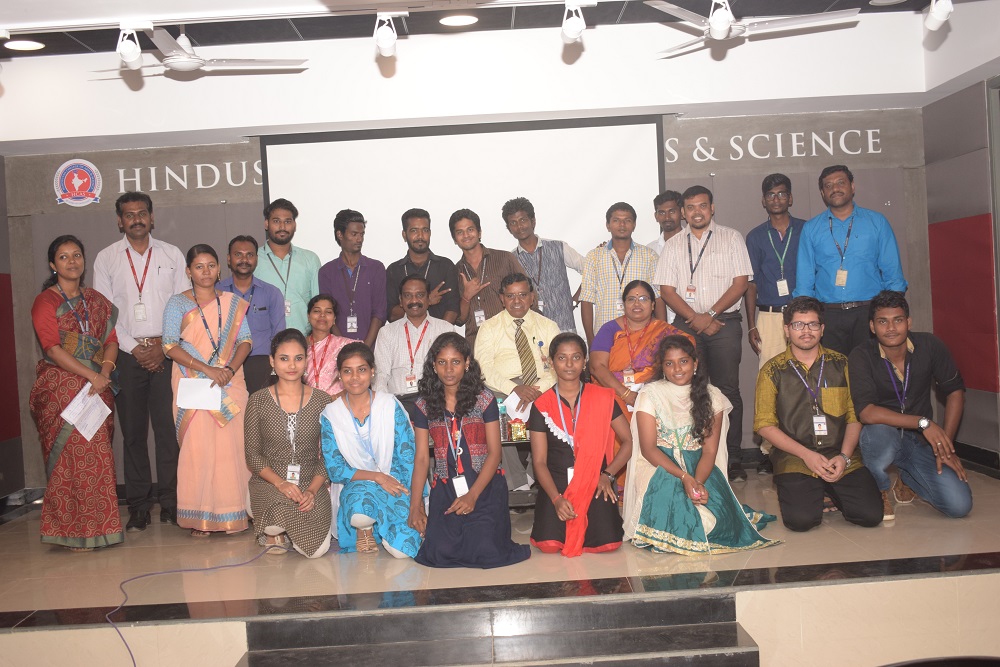 Hindustan College of Arts and Sciences launched its environmental club and was inaugurated by the Principal Dr. S. Thirumagan. While Dr. C Elizabeth Rani, HOD of Bio Technology and others participated in the event. The school also celebrated the Fresher’s day of Bio Technology department and the inauguration of Chimera, an association of bio tech department  and Hindustan Institute of Paramedical Sciences (HIPS) respectively. 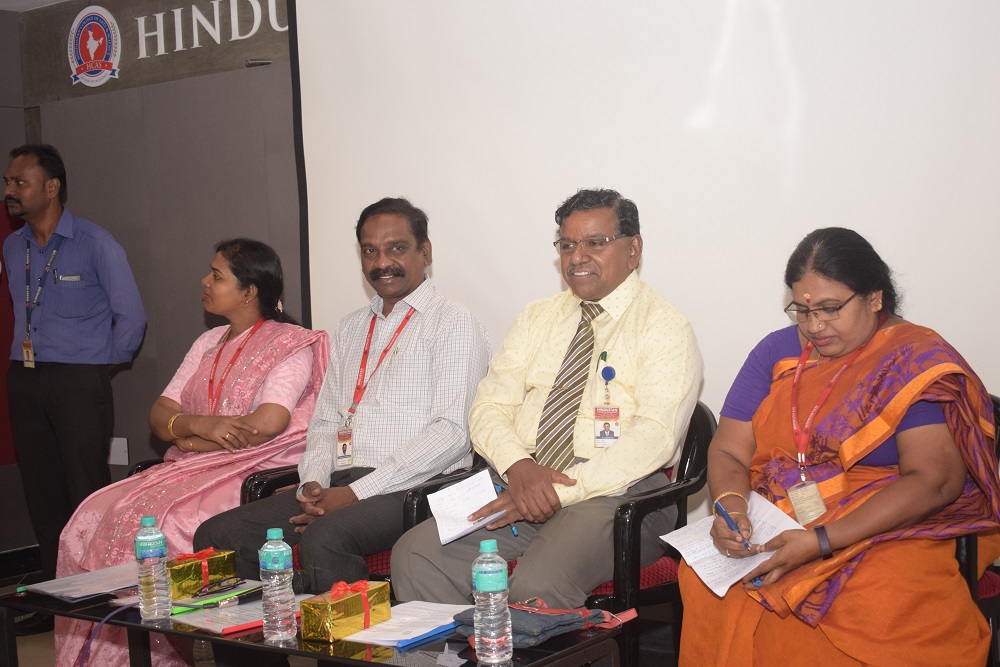 Speaking on the occasion, Dr. T Ramesh, the founder of Enviro Club said, it started with 10 student members and it was launched on August 20 2016. Since then it has organized many events like the world food day and dengue day. The Herbal garden and others were started as the Principal sanctioned 10000 rupees for organizing events readily as students of bio technology department came to join the every events organized by Enviro club.

Dr. C. Elizabeth Rani, spoke on the importance of association and its activities as well as start of Paramedical Institute that provides training on paramedical courses to deserving  students. And Dr. Eswara Laxmi  faculty – Bio Tech  introduced Chimera office bearers and Eco Warriors who are committed to work for department and association

Dr. S. Illanjiam, Dean School of Life Sciences gave felicitation address and said she was happy to come for the inauguration of HIPS as Bio Technology department is an active department doing their good work.  Relevance of environment club, environment movement as Tamil Nadu need to fight pollution of all kind and toxins as there is a need to deactivate them, she said.  She spoke about knowledge and wisdom and need for both and their relevance and necessity as sciences help people. She said, need for ethics moral values and college is a stepping stone of success, she ended.

While the principal Dr. S.Thirumagan, delivering his address speaks about how environmental club started as the HOD was slightly hesitant in starting of HIPS but later he was convinced.  He praised science students as he has a lesser number of discipline problems with them compared to other students. Previously, one Naga institute of collecting money for paramedical courses and he brought courses under control of HCAS.  He also praised the staff members of sciences as they are qualified, dedicated and worthy. And he mention especially and praising the Bio Tech department for launching the herbal garden.

The Vice Principal Mr. Samuel Sampath Kumar, telling how he ended up with BA English during his start of educational career although he joined science stream. He’s knowledge in science is excellent and found out that the field is full of excitement in every aspects and like his wife, she too is so fond of science and nature. And praising the Bio tech department, the Paramedical science and the Chimera club Freshers day celebrations and enviro club, ended his speech