Indian Institute of Technology Madras (IIT Madras) celebrated its’ 60th Institute Day today (22nd April 2019). In the last six decades, the Institute has achieved many milestones and contributed immensely to the technological, societal, and economic development of the country and imparted a major boost to the entrepreneurial aspirations of the youngsters through its IIT Madras Incubation Cell.

The most significant achievement in the Diamond Jubilee Year is that the Institute bagged top honours in National Institutional Rankings Framework (NIRF) 2019 and the very first edition of Atal Ranking of Institutions on Innovation Achievements (ARIIA), announced on 8th April 2019, by the Hon’ble President of India Shri. Ram Nath Kovind.

Addressing the event, the Chief Guest Mr. V. Shankar, Founder, CAMS Pvt Ltd, and a Distinguished Alumnus of IIT Madras said, “Let me say the three things that I believe each of you should remember and concentrate on as you start to build your professional careers. First, in any professional capacity, be the change that you want to see. Do not settle for a status quo that you disagree with simply because it is challenging to take a contrary view. You have had the best of training in both academics and values and it would only be right to put them to good use.”

Continuing, Mr. Shankar said, “Second, actively build your personal brand to be in sync with your own core values and ethicality. Use every opportunity you get to talk about these values and how they are helping you build yourself. Let the world know you as a person with character and a mission. Lastly, whether as a passion or as a lifestyle, whether on your own or within the umbrella of a larger institution, at any stage in life, do experiment with entrepreneurship. There is nothing more exciting or transformative, and I would hate for people of your background and capability to not give it a shot.”

Further, Mr. Shankar said, “I would like to close by saying that each one of us – students, faculty, staff, alumni – are the reason that IIT Madras has built the brand that it has. I would request – indeed urge – all stakeholders to work towards elevating the brand of IITM so that we start figuring not only in National rankings but also in global rankings.”

The Institute Day is an occasion to recognize the achievements of students, faculty and staff who have excelled in their endeavours and who are at the core of the accolades earned by the Institute. The day is crowned by the recognition bestowed on a select few of the illustrious alumni.

These Distinguished Alumni, again numbering twelve this year, have carved out a name for themselves in Academia and Industry with their commendable contributions, made their mark as entrepreneurs or developed key technologies for the welfare of the masses. 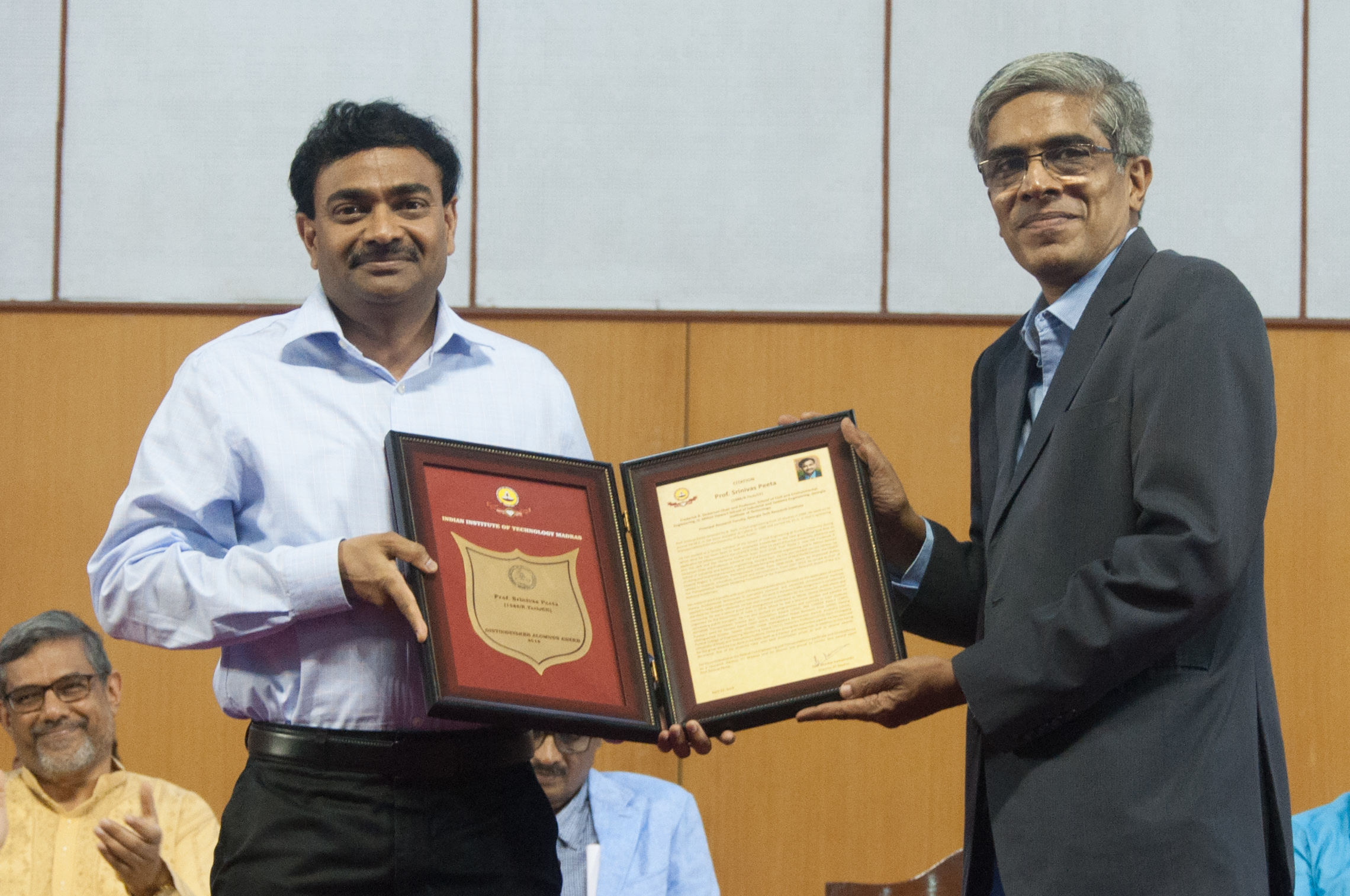 The ‘Extra Mural Lecture’ (EML) Yearbook, a book containing activities of previous year along with the personalized messages of distinguished speakers who were invited as part of EML (a student managed group organizing lectures on various topics) was also released by the dignitaries.