Chennai, December 1:
IIT Madras is once again in the limelight thanks to the impressive achievement of its students. Team Raftaar comprising students of the well-known institution have built a formula racing car ‘RF23’ which is said to be the first electric racing vehicle in India.

IIT Madras has always been the eyecatcher for long as its accomplishments have won admiration from far and wide. This achievement of the alumni is also attracting praises. The racing vehicle is based on indigenous technology and this is another worth noting aspect. 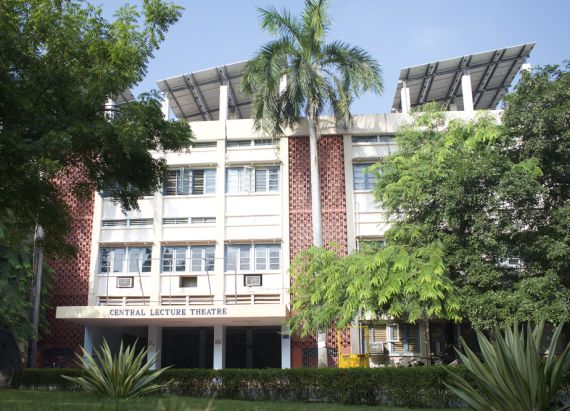 This e-racing car will also bring down the cost involved in car racing. Team Raftaar comprises 45 students from different faculties, it builds racing cars every year. There is no stop for good work and this stands true for this team, it is making constant efforts to represent India at the international level and to establish itself in the world of formula racing cars.

It is interesting to note the journey always commences in a humble manner and determination to go ahead always keeps one moving, so it did for this team. ‘Work on this project started, there was Covid, things remained closed, getting work done was no easy task,’ say the team members.

Strong desire to go ahead kept them motivated, they say. Contacting the team members, preparing the design of the car were done. The opportunity to commence the work only arrived after the institution was open.

‘Challenges were still there, batteries had to be designed in such a way that they can resist problems posed by fire. E-Vehicles catching fire have attracted a great deal of attention, so there was a need to ensure these incidents do not occur.’

Director of IIT Madras Professor V Kamakodi says the future will witness hybrid vehicles dominating the scenario. These types of vehicles can run on various types of fuel, he says and reminds that a team of 300 students and 50 faculty are working in various technologies related to the field of energy.

IIT Madras is currently working on a technology in which an engine can be powered by petrol, diesel and bioethanol, engine will also act as a generator that will keep charging the vehicle’s battery. Post success of this project will enhance the faith and interest in e-vehicles, he says.

Their target is to achieve an acceleration from 0 to 100 in four seconds, and to keep the speed at 150 to 160 kmph. The work being done is based on indigenous technology, said Professor Kamakodi.