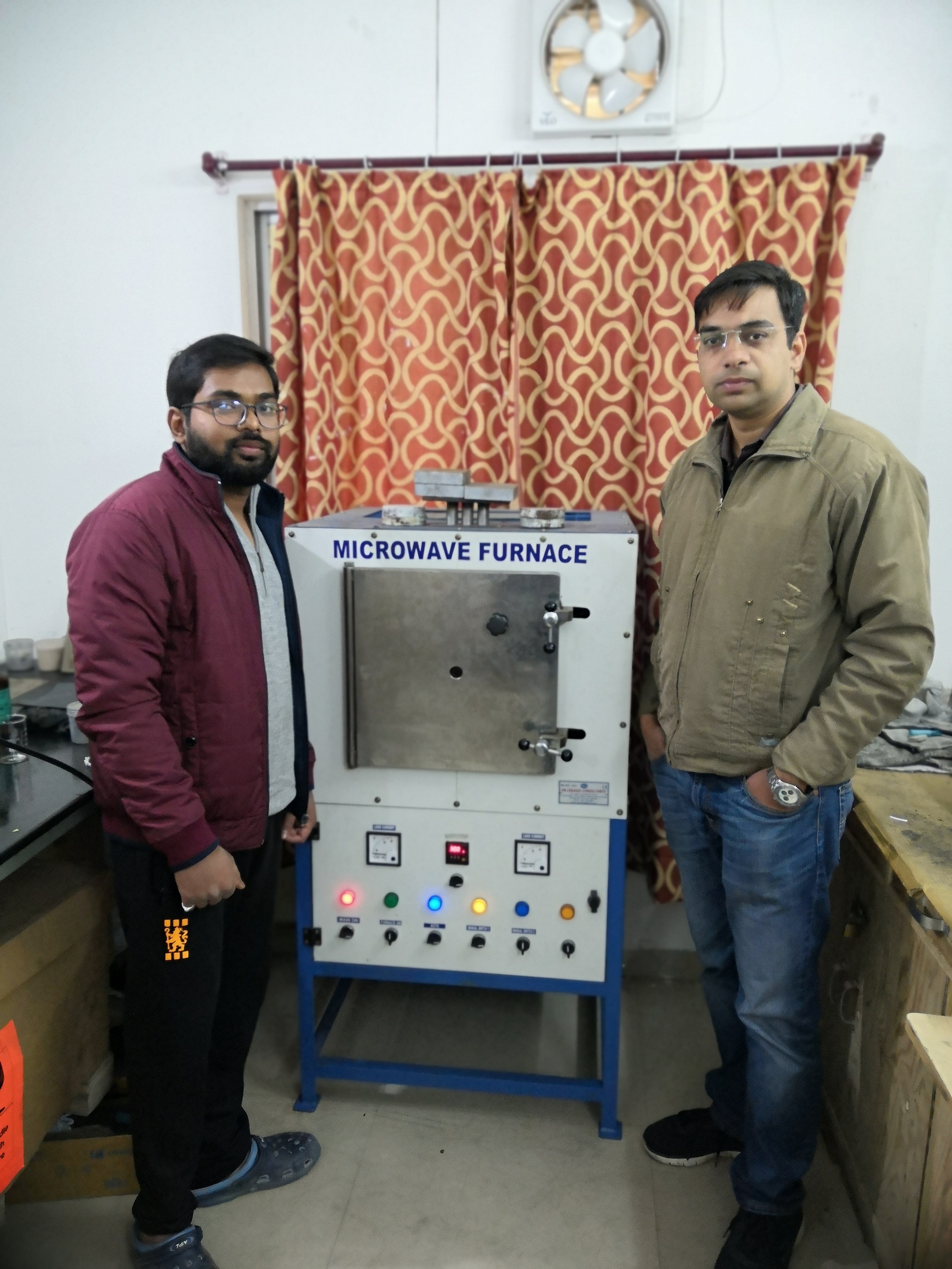 There has been, in the past decade, increasing worldwide interest in the development of materials that are closer to nature and therefore environmentally benign

Indian Institute of Technology Mandi Researchers have developed thermoplastic fibre reinforced composites using jute and kenaf fibres through a simple process of Microwave Curing. There has been, in the past decade, increasing worldwide interest in the development of materials that are closer to nature and therefore environmentally benign.

A team lead by Dr. Sunny Zafar, Assistant Professor, School of Engineering, IIT Mandi, and his Research Student Mr. Manoj Kumar Singh has developed this and their research paper titled ‘Development and mechanical characterization of microwave-cured thermoplastic based natural fibre reinforced composites’ has recently been published in the Journal of Thermoplastic Composite Materials.

Speaking about his Research, Dr. Sunny Zafar said, “The fibre reinforcement holds the polymer matrix together, thereby enhancing the properties of the composite.”

Further, Dr. Sunny Zafar added, “Microwave energy is known for its fast heating rates, as we know from our kitchen ovens. Microwave has been shown to result in improved properties of the processed products in laboratories, as well”, he adds.

The Fibre-reinforced composite materials are ubiquitous today and are used in applications ranging from aerospace systems to automotive, industrial, and consumer products. FRPs are essentially fibres of some substance distributed in a matrix of another.  A typical example is fibre-reinforced plastic, more commonly known as FRP. The FRPs used today are usually fibres such as glass, carbon, aramid, etc., that are dispersed in a suitable polymer media such as epoxy, vinylester, or polyester.  The fibre-reinforced plastic (FRPs) are lighter in weight than conventional metals, in addition to having better mechanical properties such as strength, hardness and fracture resistance. Thus, FRPs have replaced metals in many applications.

Speaking on the relevance of their work in the Indian context, Mr. Manoj Kumar Singh said, “Thermoplastic-based natural fibre–reinforced composites undoubtedly offer advantages like biodegradability and reduction in greenhouse emissions but the greater incentive for developing such FRPs in India is the availability of variety of fibres, possibility of job creation in rural areas, low energy utilization and consumption and low cost.”

The prolific use of FRPs has raised concerns about their cost and environmental impact. Glass and carbon fibres are relatively expensive to produce and are not biodegradable.  Natural fibres such as jute, hemp, kenaf etc., are being studied as replacement to conventional fibres in FRPs.

The manufacture of FRPs with natural fibres is challenging.  FRPs are usually made by distributing the fibre in the polymer matrix and curing at high temperatures. Non-uniform temperature distribution, poor curing efficiency, long process cycles, high energy consumption and high cost make traditional manufacturing routes counter-productive. Besides, natural fibres are not stable during prolonged heating. Quick heating that can manufacture the composite without decomposing the fibres can help circumvent this problem.

Dr. Zafar used microwave energy to produce thermoplastic polymers such as polyethylene and polypropylene that were reinforced with jute and kenaf fibres.  They first pre-treated the fibres to improve their wettability by the polymer, mixed them with the polymers and subjected the mix to microwave radiation. The composites formed were similar to those obtained by conventional processes.  The researchers also elucidated the mechanism of microwave-induced curing and analysed the properties of the composites by methods such as Scanning Electron Microscopy (SEM), X-Ray Diffraction (XRD) and mechanical properties assessment using the Universal Testing Machine (UTM).

Natural fibres have been extensively used for various structural applications in civilizations such as Indian and Egyptian for many millennia and the research efforts of Dr. Zafar add a modern spin to the technology.  Dr. Zafar concedes that more studies are required to overcome obstacles such as moisture absorption and reduced long-term stability in natural fibre reinforced composites. However, they already hold the potential to be used in many non-demanding applications that do not require very high load bearing capabilities or high temperature working capacity, with little environmental impact.