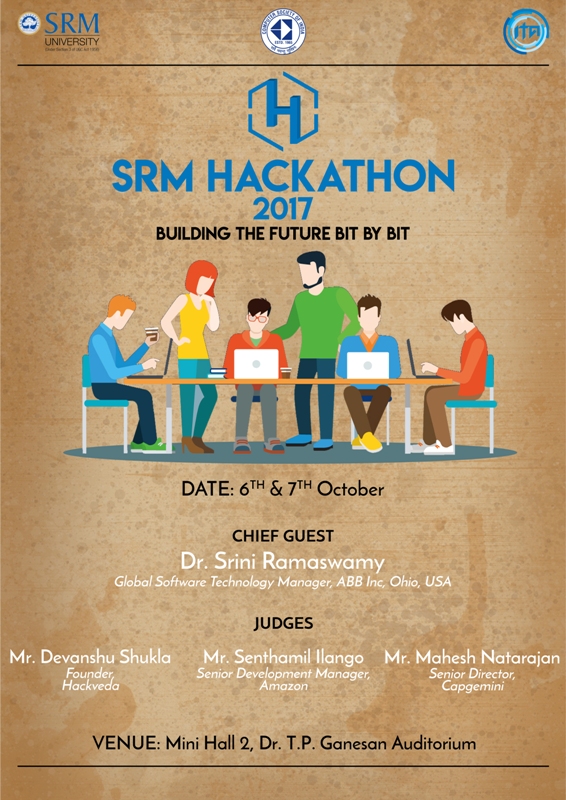 IIT Madras has bagged the SRM Hackathon-2017, Jeswanikaran from IIT who got award prize worth of 1,50,000 Rs. 2nd position was secured by the team Adhil from Guru Nanak College of Arts and Science and they were awarded with prizes worth 1,00,000 Rs. The team ‘Exception’ from SRM University stood 3rd and were given 50,000 Rs as the prize.

SRM Hackathon 2017 is an event where the participants are challenged to use their coding skills and hack intriguing life problems based on the various themes provided during the event. The developers were asked to come and build their products that would lay a helping hand in building the future bit by bit. With several sponsors to its name, SRM Hackathon is a national level event inviting participants from various corners of the country.