Impressions of a Poet

‘To fight Writers Block, one must realize that they are blocked’ 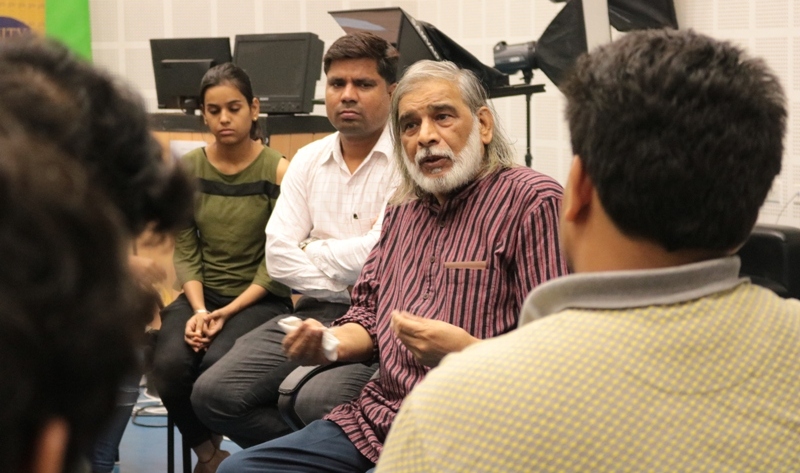 Why is Poetry important?

“Poetry gives insight into a person’s soul, relationships and actuality. Poems reveal one’s real self and are a way to comprehend the hidden parts of the individual’s life and that’s why, according to me poetry is important.”

Where do you get the motivation to write?

“It is not about motivation. One writes when one is up to the brim with feelings and is dying to share them or release them out. I believe poetry needs no motivations. But there’s always something that inspires, call it feelings or the burdening emotions. But again, that’s entirely my opinion.”

How can we fight Writer’s Block?

“First of all, it’s commendable that people are willing to fight the blockage and they aren’t simply giving up on poetry, because, that’s not a solution at all. There is no precise or particular way, device or shortcut that could be adopted to steer clear of it but it’s imperative to realize that one is blocked. If one would consider the blockage as non-existent there would never be a way out.”

How was your journey from creation to publication?

“I had begun writing in 10th grade. I used to be confused about whom to tell what I was going through and my emotions and feelings. That’s when one of my teachers suggested me to write them up. They told me that it’s me who’ll have to write all that I’m seeing around me and eventually I started rhyming. ‘Laghu Patrika Aandolan’ played a major role in my writings getting published. During the 70’s the publications were reaching out to people and that’s exactly how and where my journey to being a ‘published author’ began.”