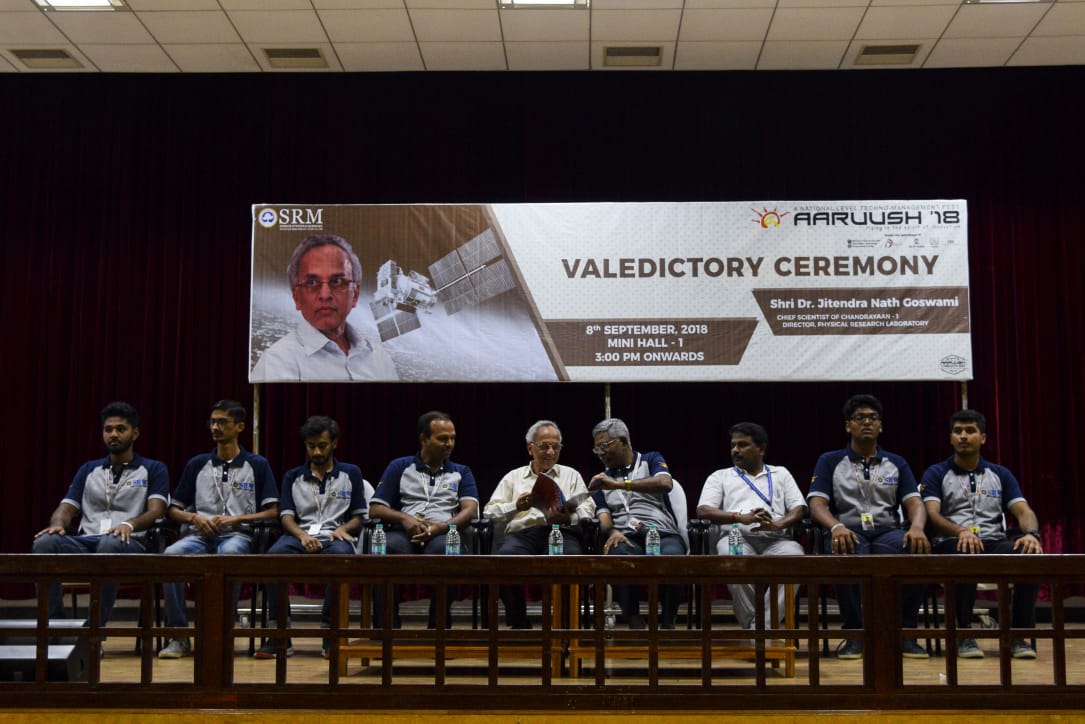 INN/Chennai, @Infodeaofficial
The Indian vision of exploring space was explained in detail and the Aarush 18, the valedictory of the tech festival held on SRM University premises on September 8 turned into a platform for that. 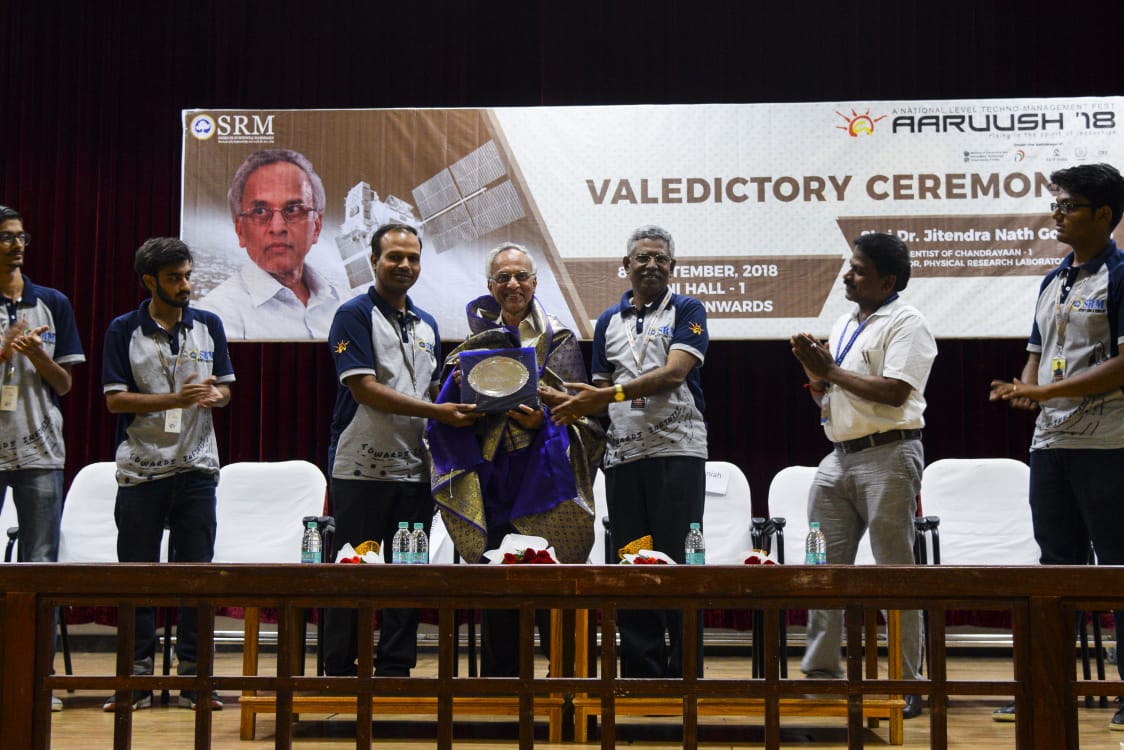 Jitendra Nath Goswami, the chief guest for the valedictory of the tech fest mentioned about efforts being taken up to ensure Indian vision of space exploration witnesses the light of the day. A video clip was also played about Mars Orbiter Mission.
Event organising inchage Noah de Horta Rebiero said they look forward to seeing the flag flying higher in the future editions.
Raton Arora, the incharge of sponsorship and marketing for Aarush 18 said the four day event comprised guest lectures, workshops that focused on various aspects of science and technology.
SRM University officials C Mathamizhchelvan, V M Ponnaiah and V Thirumurugam were among those present during the valedictory function.