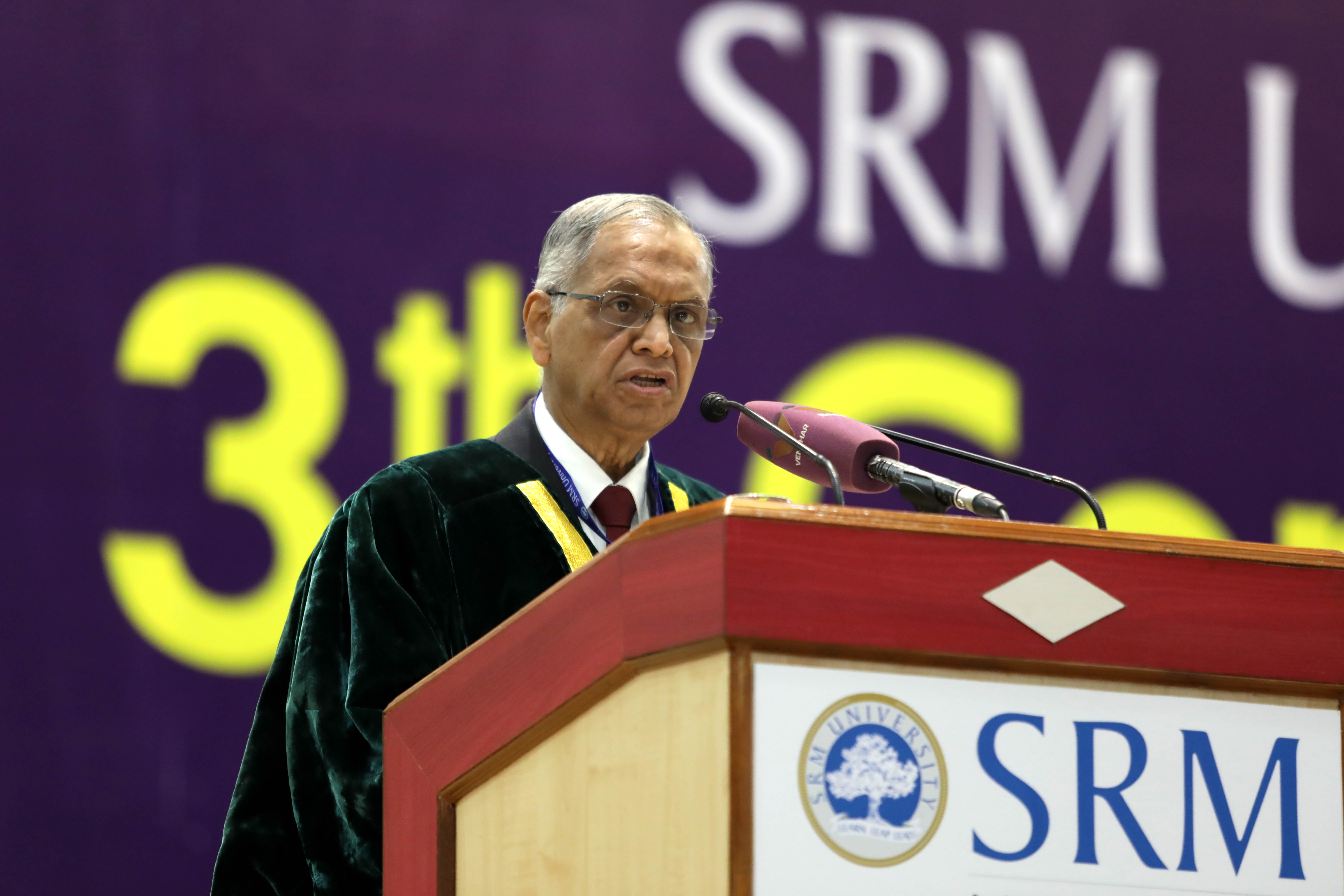 “Be open, learn new ideas and unlearn outdated ones. You have to learn new cultures and paradigms. Age is not a factor for learning. Learn to question. The hierarchy of ideas is more important, not the gender of an individual”, said Padma Vibhushan and founder of the Information Technology giant Infosys Mr. N.R. Narayana Murthy while speaking at the 13th Convocation of SRM University’s at the Kattankulathur Campus recently. Stressing on developing strong value system, Mr Murthy stressed on how Mahatma Gandhi walked the talk and won the trust, confidence and support of every Indian, during the convocation where 6,150 under graduates across disciplines of Engineering and Technology and 47 Doctoral students received their degrees. More than 50 students were conferred Gold, Silver and Bronze medals for their academic achievements.

Urging youngsters to compete and innovate at a faster pace, Mr Murthy said, “As the implications of globalization has resulted in corporations facing extreme competition, the pace of innovation is faster today and you have to quickly develop your ideas and innovate faster than your competitors”. He further said that the times are extraordinary for intense competition. “Huge opportunities and challenges are daunting where the implications of globalization are readily felt in a world where the boundaries between the rich and poor; rural and urban and the powerful and meek are getting increasingly blurred”. 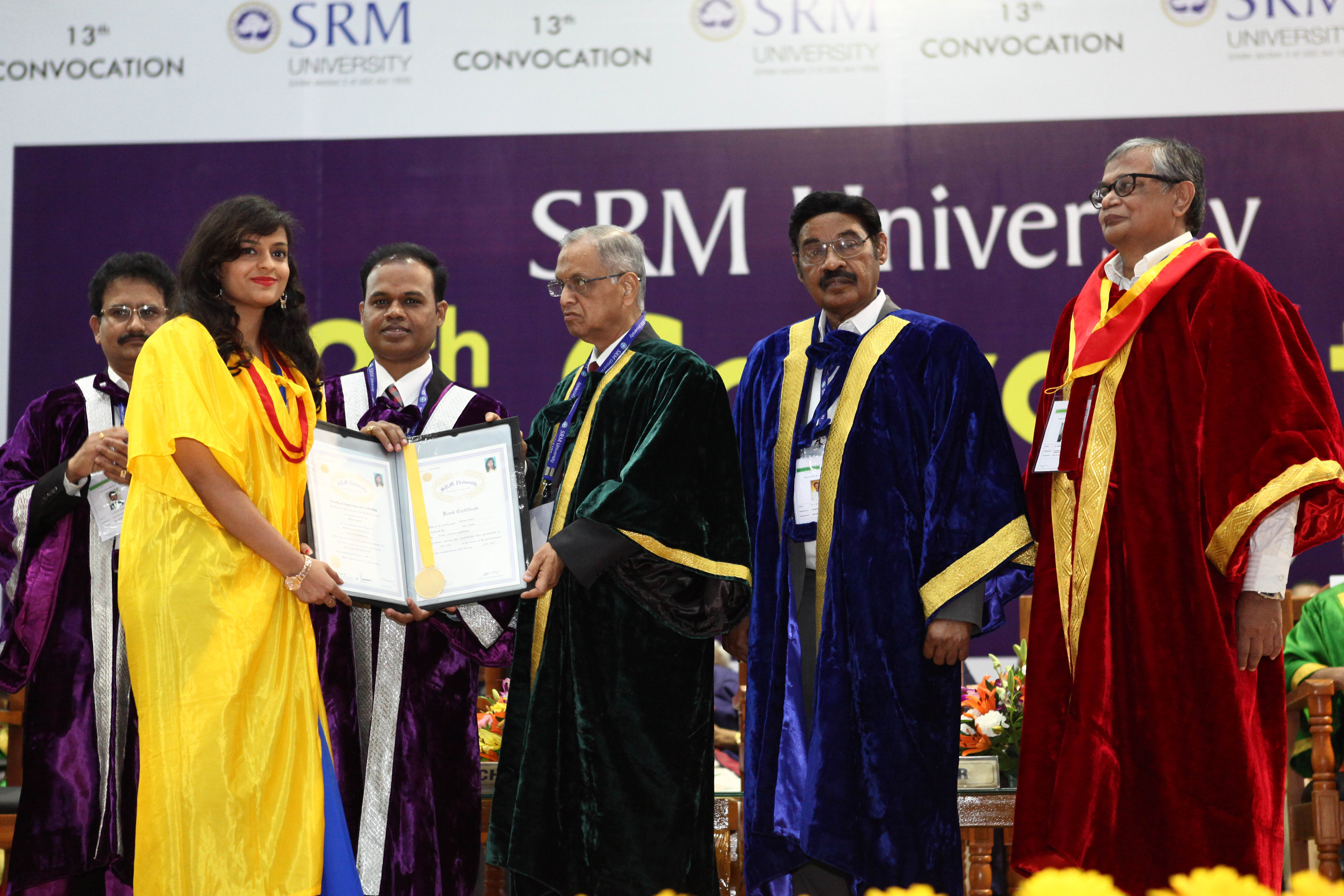 Encouraging the graduating class to embrace team work and hard work, Mr Murthy added, “No individual possesses the skill to perform every task. Team work is extremely important along with practicing meritocracy and transparency in each one of your transactions. Performance leads to recognition which leads to respect and finally you reach to the step which has power; and performance has to have the mix of hard work, smartness, honesty and integrity”. The Infosys Founder also stressed on the need to develop good communication skills to achieve success.

Urging students to aim at resolving the problems of common man in India, President of SRM University, Dr. R.P. Sathyanarayanan referred to Mr. Narayana Murthy as a ‘true inspiration’ and ‘Father of the Indian IT sector’ and added that there’s so much to learn from the Infosys founder referring to Mr Murthy’s philanthropic activities in the realm of health care and education.