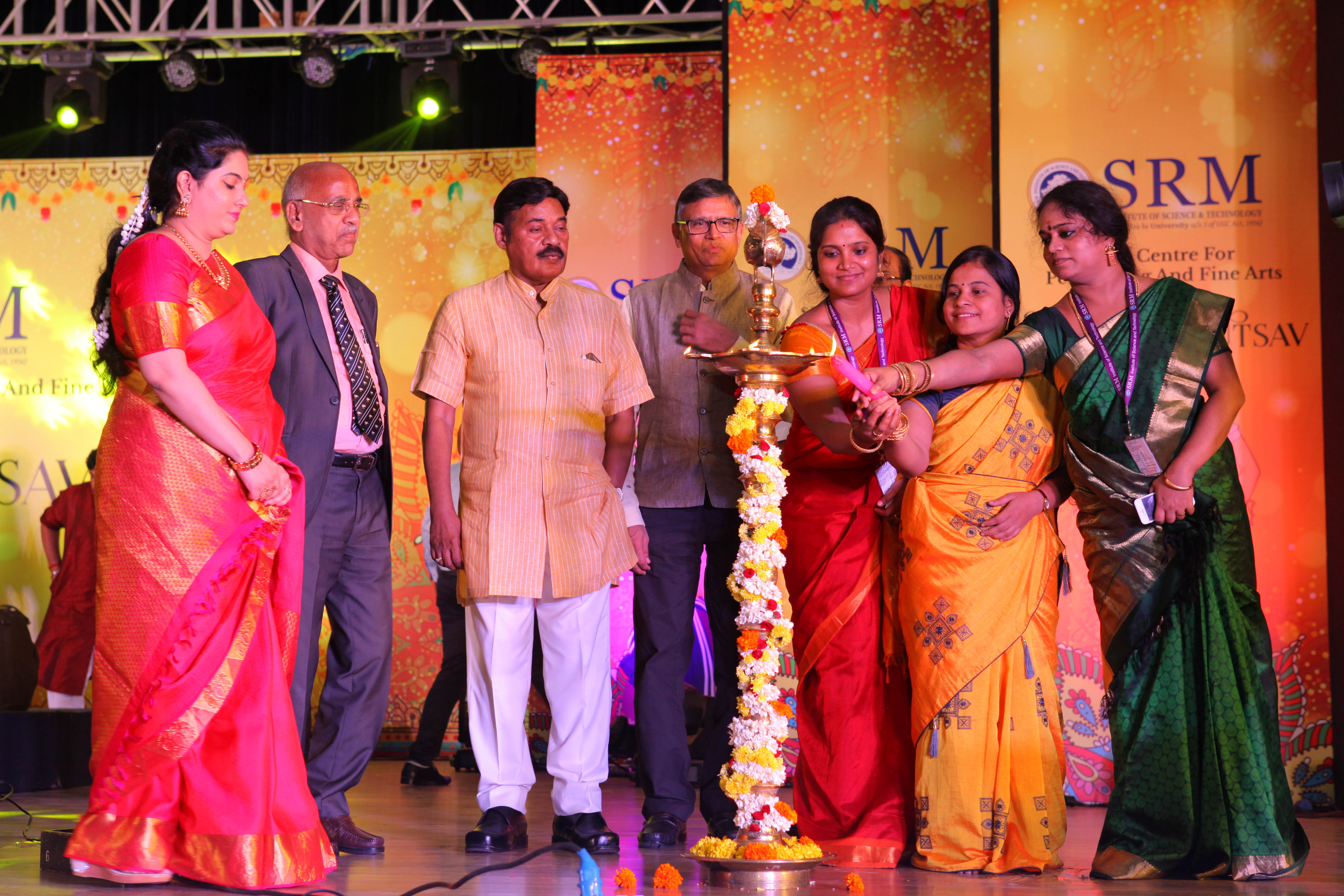 Lights went off as melodious music filled the air at T P Ganesan auditorium on SRM Institute of Science and Technology (SRMIST) premises recently. Audience were enthralled as the performers went entertaining them.
The two day Navaratri Utsav 2018 hosted by Centre for Performing and Fine Arts was witness to this. The response of the audience was overwhelming as they saw golu dolls on the first day and witnessed a jugalbandi involving Grammy award winner Pandit Viswa Mohan Bhatt and violinist Ambi Subramaniam. 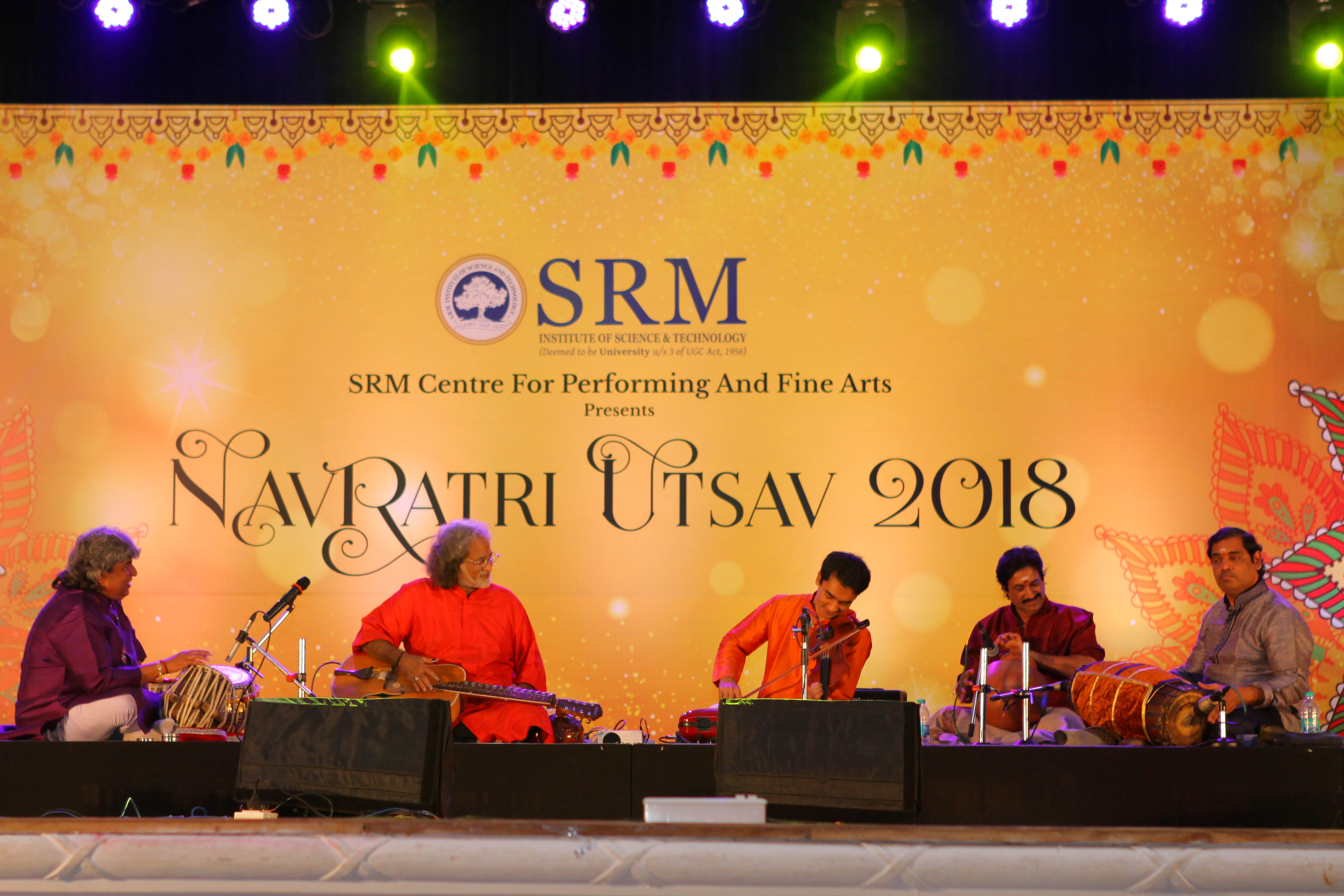 Enthusiasm of the audience reached the sky when musical album ‘Trishakti-Dimensions of Devi’ was presented by three renowned classical dancers Priyadarshini Govind, Sujata Mohapatra and Vidha Lal. Priyadarshini is a popular Bharatanatyam danseuse, while Sujata is a Odissi exponent and Vidha is a Kathak dancer.
T. R. Paarivendhar, Chancellor, SRMIST emphasized the importance of dance and fine arts as a course in a University. ‘My vision to dance and fine arts as a subject to students is now a reality with SRM Centre for Performing and Fine Arts. The motto of this department is to keep Indian cultures alive.’  There will be an exclusive academic building at SRM campus dedicated to Centre for Performing and Fine Arts very soon, he said.