Is Presstitution a safer substitute for press freedom? 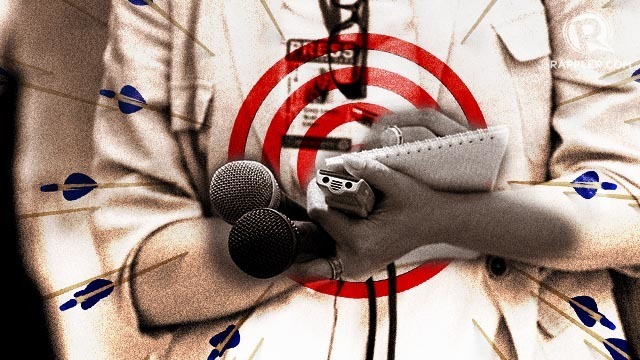 The Republic of India undoubtedly is the largest democracy in the world, supported by the 4 pillars comprising of the legislative, the judiciary, the executive and the press.  All these holds equal prominence to ensure proper and successful functioning of our democratic country. Put together it constitutes what is called “the check and balance” wings to keep the governance on even keel, however it is the ‘PRESS’ that holds greater potential and power to create a better world that ultimately leads to a better future.

The Press, also ascribed as the watchdog of our democracy, operates on certain ethics and ideals and therefore it is highly essential that it is given the freedom to exercise its rights to the fullest, to keep the public informed on various social, political, and economical issues and activities happening in and around the world. But in certain scenarios, it so happens that the media tends to give misleading or biased information to acquire personal gain and the damage done here can be irreplaceable. This is the time where the term ‘Presstitute’ comes into play, coined recently by an American trend forecaster, publisher of the Trends Journal, Gerald Celente.

He described the term as often been used by independent journalists and writers in the alternative media about talking heads and journalists in the mainstream media who give predetermined and biased views in favour of the government and the various corporations, thus neglecting their fundamental duty of reporting news impartially. The term in India was used by General V.K. Singh of the Ministry of External Affairs in context to his visit to the Pakistan commission as he compared it to the evacuation process of the Indian citizens from Yemen. He had to face many allegations by the media as a comeback to his tweet. After which his response was quite distressing as he out rightly called out to the Indian media and referred to them as presstitutes. 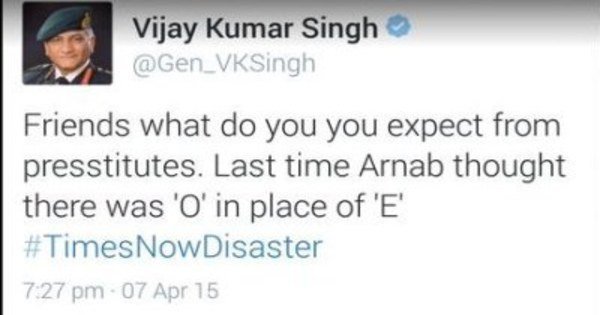 However, using such an expression for the media when it’s only performing its duty is not right. Yes, presstitution does prevail in our country as it is the only reason why the purchasing of journalists has become such a common predicament in today’s scenario. At one end, where people are being paid to keep their honest opinions to themselves, there are umpteen journalists and writers out there, who go against their ethical values when it comes to their work.

On the other hand, walking down the memory lane, during the emergency period, in the year 1975, the press openly criticised the government on its haphazard decision which affected the citizens to such a vast level, that getting out of it seemed almost impossible during that period. It was the same press that stood for people and their rights. As a sign of opposition, the first page of the newspapers was left blank taunting the then government. So, it is not just the press who is at fault when it comes to the dissipation of false or misleading information, it is also the people who are silenced by a tornado of others labelling them as racist, fascist etc.

If people stop entertaining lies and undocumented information that is being disseminated by the politicians who do not even have the right qualification, they will finally understand the real message that the press wants them to be acquainted with. Therefore, there is no harm in agreeing to what Thomas Jefferson said as it stands true now and will continue to do so: