Is the issue of sexual harassment not bothered in higher education institutions in Tamilnadu? Perhaps not, the recent incidents said to have taken place at Tamilnadu National Law University (TNNLU) perhaps prove the point.

Girls studying there have complained about a senior student who is said to have molested them various times with the ICC on the university’s premises. Sources say, after a student lodged a complaint initially, many others have come forward to do the same taking courage.

There was some reluctance initially, but the issue was taken up. The popular ‘MeToo’ movement is making its impact, looks like. The famed movement is a determination to speak against the menace of sexual harassment.

Determined to deal a deathblow to the problem, women are coming in large numbers to speak against the problem. The happenings at TNNLU have shown it.

This will give courage to others to come out openly against the problem of sexual harassment. This is a sign of good development, but happy news can only come when one does not hesitate even to the slightest to open up against sexual harassment.

Many suffer in silence even now. Leave alone the point of approaching an ICC any educational institutions’ premises, students are not even aware of its presence on the campus and purpose behind its establishment. 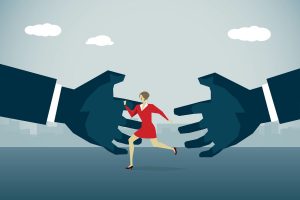 These kind of regulations are there, a broader awareness about them among the students is the need of the hour. As per the UGC guidelines a maximum of 10 working days shall be given for submission of reply.

The Committee will also have to provide assistance to the aggrieved woman, if she so chooses, to file a police complaint in relation to an offence under Indian Penal Code. If the determination is strong, no amount of force on the part of perpetrator shall deter us from emerging a winner.