Over 300 students participated in the event and  12 oral  and 30 poster presentations highlighting the research work carried out by the participants during their B.Tech were done during the symposium. 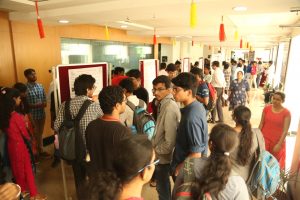 MEC Club Enigma in association with Machine Learning Group of Tech Mahindra organized a 12 hour coding challenge. This was to test the coding skills of B.Tech students and encourage them to solve complex problems at one go.

startup idea contest was organized by Entrepreneurial and Innovation Centre (EIC) at MEC. This was judged by a panel of eminent entrepreneurs and leaders that included Dr. Srinivas A, founder director, AIPER, Mr. Raghavendra Prasad, Director and Co-founder, Fairgate Advisory Solutions and Mr. Sricharan Lakkaraju, CEO, Stumagz which is listed as Forbes 30 under 30. 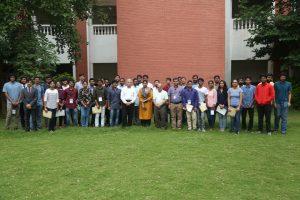 One of the winning teams was offered spot investments by the jury panel. In addition, the four winning teams will be mentored by Dr. Rajkumar Phatate, Head Centre for Entrepreneurship at MEC.

A design and prototype contest  witnessed a participation of 12 teams. Professor Yajulu Medury, Director, MEC said going by the good response they had last year for the symposium, they have decided to make the symposium an event at the national level.

[email protected] 2019 witnessed participation of teams from across the country that showcased their research work undertaken at the undergraduate level. As we grow to become a global economy and the third largest in the world, it is this culture of research and innovation at the campuses and mentoring of the students that will help us excel in global tech and take an undisputed position on the world stage, he said.