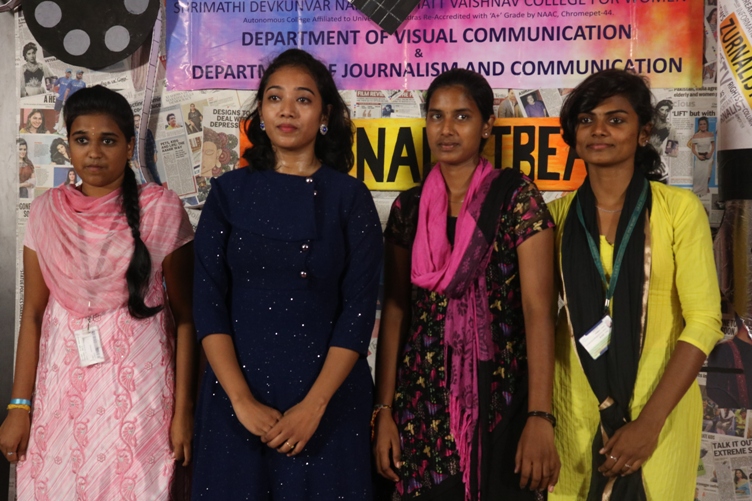 SDNB College for women has organised a two-day fest, ‘Zurnalist Beat’, for the department of journalism and communication. The students from various media colleges of Chennai had participated at the fest. The judges were Ayyas Anbu and Vivek from the YouTube Channel Black Sheep.

On day one, events like Adzap , Debate , Adptune , Photography , and Fotografia was a big hit among students. Day two started with the screening of two short films which was followed by face painting, poster designing, and feature writing. The second day was also special because the judges announced the winners of various events.

“We participated for SDNB College fest during our college days. We had the best experience and also got our awards and certificates on time,” said Anbu from Black Sheep.

Samji, a college student, said, “I am very excited that we won so many prizes. It improved us in our studies by giving us a huge exposure. We work hard and I am happy that it paid off.”