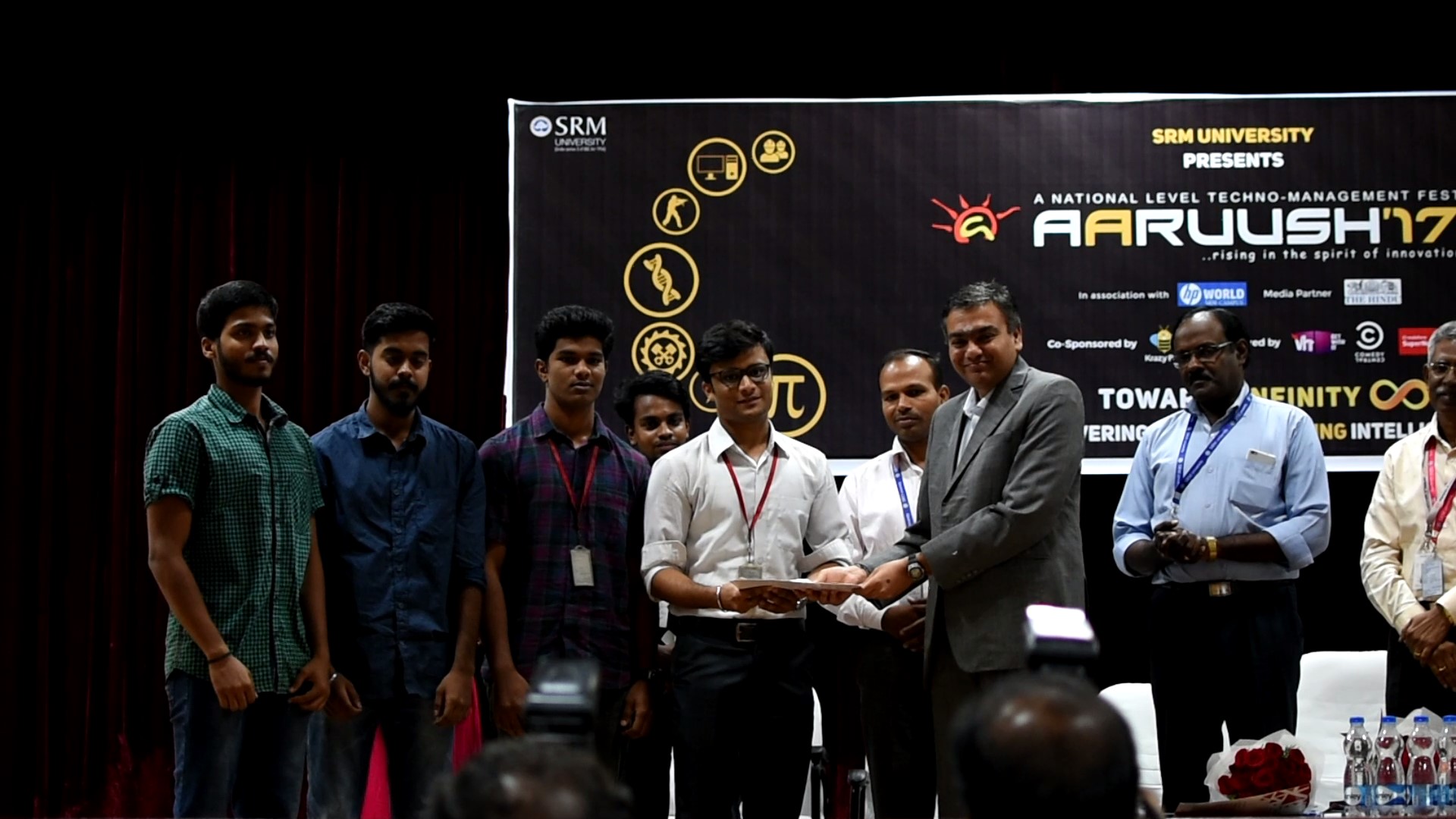 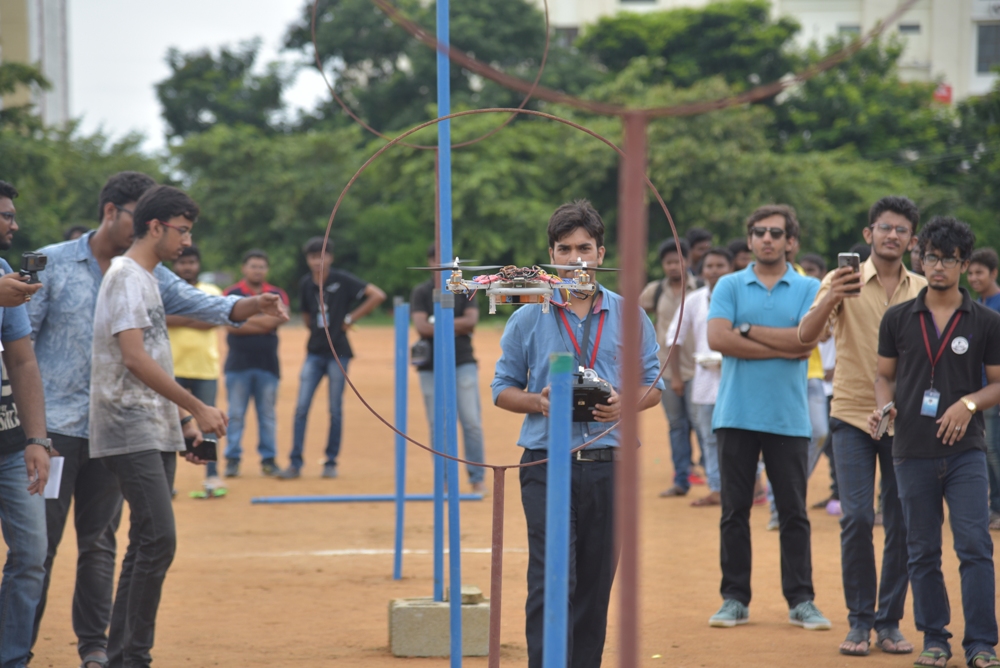 Aaruush is a national level techno-management fest held by SRM University, Kattankulathur that was initiated in the year 2007 when four final year students decided to create a change that would affect a million lives.

Aaruush kicked off on the September 16 with excitement, buzz, and thrill, its theme ‘Towards Infinity’. With the upgraded levels of 50+ events, there were no boundaries to talents filling in the whole surrounding. Impeccably organized and delectably concocting workshops and guest lectures were taken by esteemed guest made sure that students would have an experience of a lifetime.

Young and budding talents not only from SRM but from the whole nation arrived to showcase their flair at this enormous rostrum.  These capable youths, who would one day steer the whole nation into the path of victory.

The Robo wars saw metals against metal, steel against steel behind them stood their brilliant minds, a major attraction that could not be missed. With the next levels of all the events, more interesting sessions of guest lectures with some naturally motivating personalities like Mira Erda, 17 years old car racer, Arjun Vajpai the youngest individual to climb Mount Everest, Benild Joseph the brilliant white hacker, Harsh Songra who made it to the 30 under 30 Forbes list, Suneet Tuli CEO of Datawind. Aaruush also welcomed vying championships like Robowars, Death rift, Canoe challenge and Quadcopter challenge. Aaruush didn’t fail to amuse everyone with its quadcopter challenge where the quadcopter had to pass through hoops while taking extreme maneuvers.

Keeping in mind a woman’s is an importance in society, Aaruush conducted events like Slingshot 2.0 which emphasized on woman entrepreneurs, failure to success and discussions on the start-up world.

The conference discussed the confusion between job security and satisfaction. Students found an interface with successful dignitaries where they could ask all their questions related to their doubts about the white-collar corporate world. They were enlightened about what awaits them after the four years of college life.

The elegance of flashlights waving along with the music right under the gloomy light of the night sky looked as if stars had fallen right from the sky and landed on Aaruush’s musical night. The wonderful day had come almost to its end only to see the most amusing part of the day. The evening’s Pro shows by a Fluteboxer Sudhir R whose headbanging tunes brought the auditorium to life, MJ5 the winners of India’s dancing superstars, Mentalist Mangesh Desai who created a fog in the eyes of a participant and the blindfold painter, Raghavendra Chauhan whose talents supersede others. The TP Ganesan Auditorium filled with the laughs, cheers, and amusement on the other days of Aaruush as well with Zakhir Khan on the comedy nites of Aaruush ’17.

The students left with an impressive basket of skills, knowledge and a complete practical understanding of various areas of hacking. Comic Expo brought the child out of every superhero fan ever. The center state left the crowded screen in amusement when the ultimate striders amazed the crowd with their hoping gear jumping, hopping and presenting flips.

Aaruush 17 has always been about starting high, going higher, and embarking Towards Infinity. Day 4 saw the formal conclusion of our 11th edition. The Valedictory Ceremony, held at the Mini Hall 1 saw our esteemed patrons and our Valedictory Chief Guest Rammohan Thyagarajan gracing the one final event of Aaruush 17. Students in the hall truly felt the atmosphere of fulfillment; it brought about an aura of sentiment and gratitude.

Aaruush 17, the 11th edition ended with a cacophony of instruments accompanied by the mesmerizing voice of Shirley Setia.