SRM does it Again! 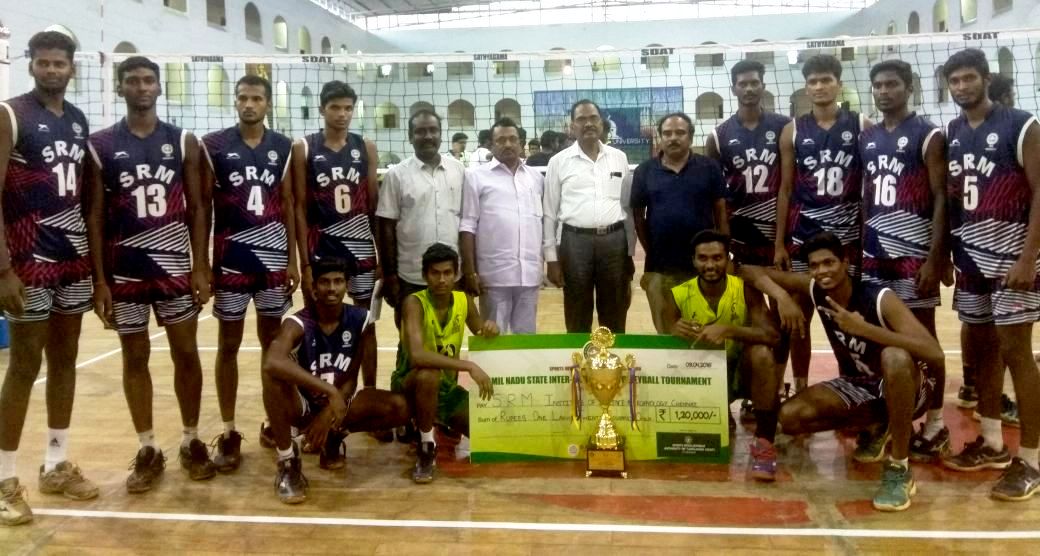 Recently held in Chennai, Sri Ramaswamy Memorial Institute of Science and Technology, has once again proved its mettle in sports, at the Tamil Nadu Inter University Volleyball Men Tournament, 2017-18, organized by Sathyabama IST, Chennai from the clinching the position, well-deserved, at the top of the podium.

The final league match saw the SRM team, also the defending champions of the tournament for six consecutive years since the inception of the team in the institution, prevailing over Sathyabama Institute of science & Technology by 25/21, 25/14, 26/24.

The final standing thus beheld SRM in the first spot, Sathyabama IST in the second, Bharathidasan University in the third and Alagappa University in the fourth spot. As per the SDAT Norms, Teams secured first three places received Cash Prize of Rs 10,000(Per head), Rs 7,500 (Per Head) and Rs 5,000 (Per Head) respectively.