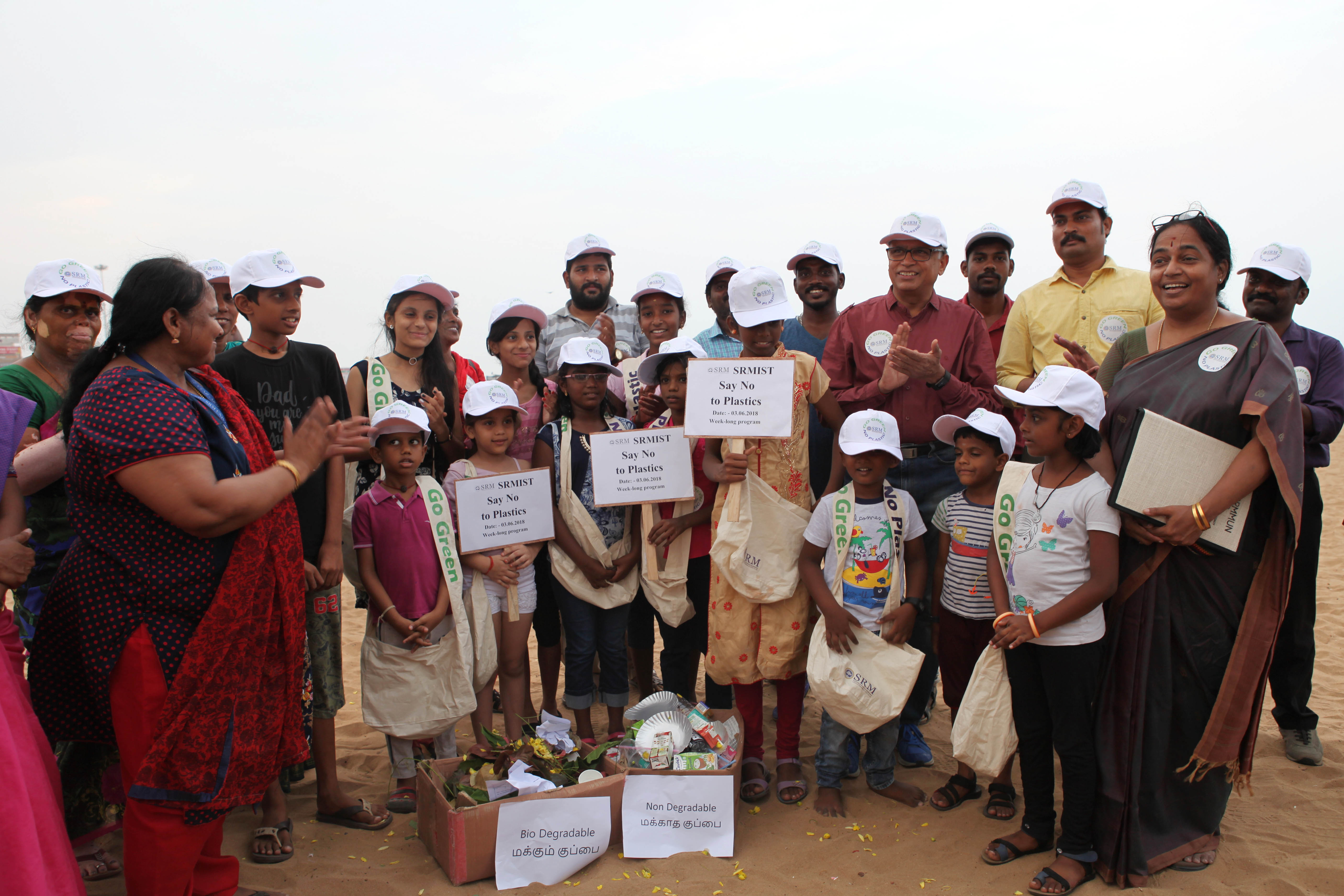 Since 1974 United Nations has been creating awareness by ensuring June 5th is observed as World Environment Day. 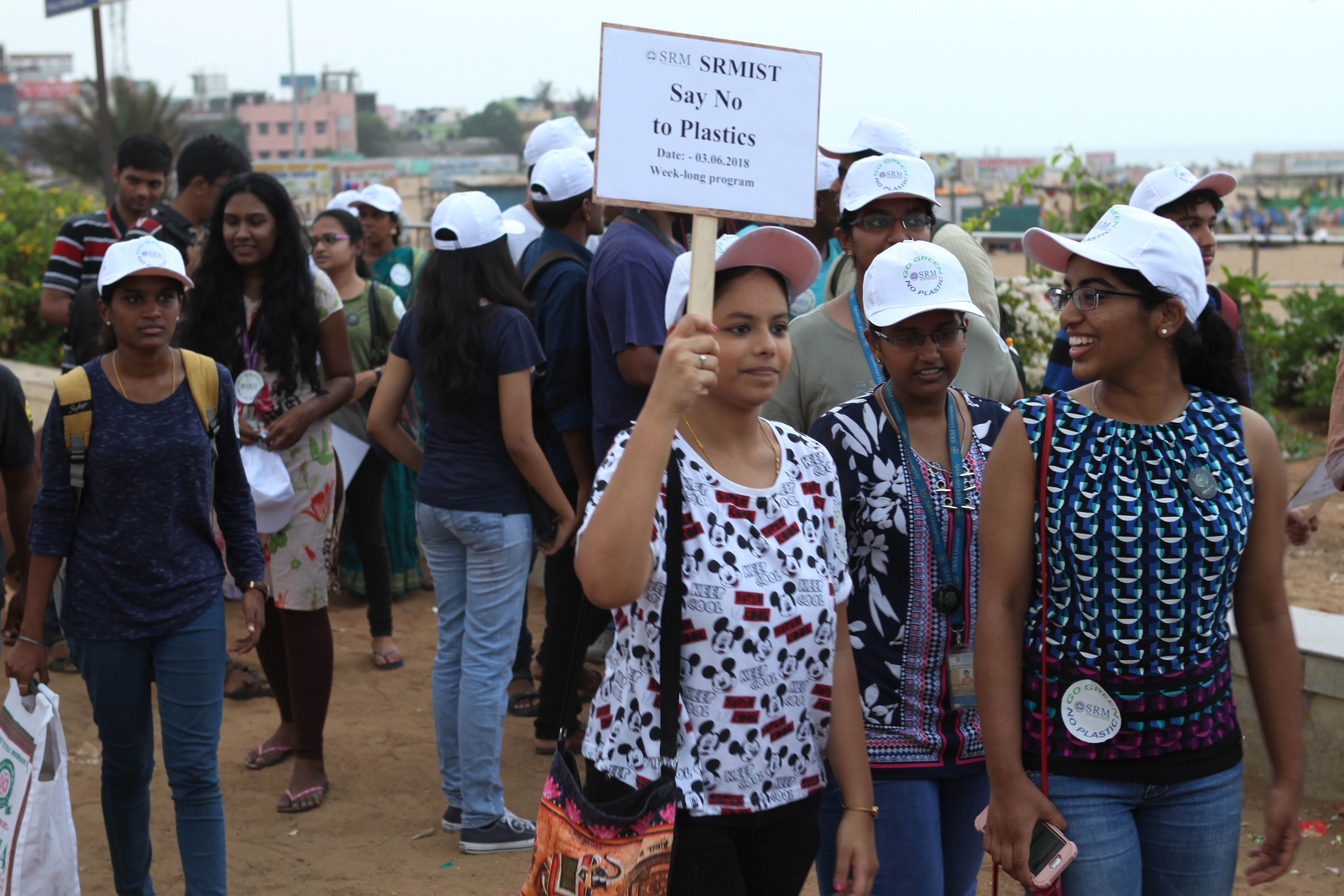 We have a major responsibility in being a role model by working towards a more sustained and safe environment.

The theme for this year’s World Environment Day – June 5 was ‘Beat plastic pollution’ because it has been predicted that in the years to come there would be more plastic in the ocean than fishes!!

With regard to the day, SRM, on June 3 organised a campaign in Besant Nagar Beach in which the people associated with the institute – from the Vice Chancellor of the university to staff members, researchers and students a team of 50 members were there to ‘start a change ‘.

The team showed that everyone has a responsibility towards the environment. The members were involved in educating vendors on alternates to plastics, creating awareness among children and the public.

SRM as an institution has pledged to give its best in becoming a responsible and environmentally conscious institution.

With the motto – ‘Small efforts sustained over time can produce significant results!!’, the institution is all set on its journey towards sustaining a safe environment for the future generations.