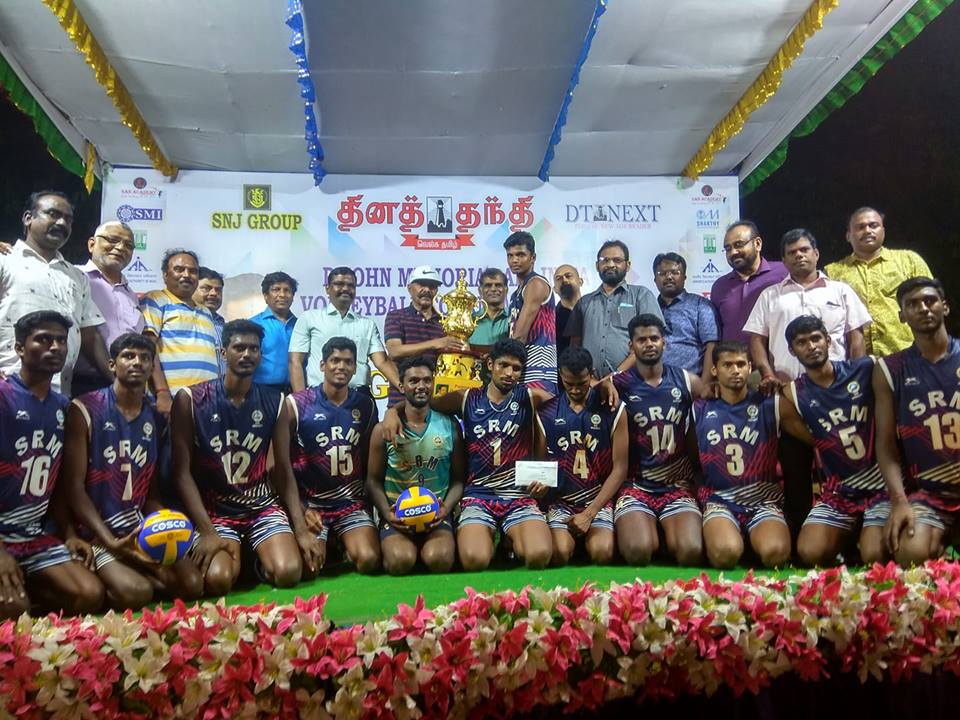 Those were some enthusiastic days ignited with passion and fighting spirits of the students who represented the warrior within as well as the institutions especially well. With all the teams participating, it was a great opportunity for students to lead themselves and the portrayal of a great level of independence amongst students was seen. SRM eloquently thrashed all the teams and made their way up the ladder where they belonged. Besides, SRM occupying the champions’ title for a year more, Tamil Nadu Police happened to be the runner-up.

During the quarterfinals, the event witnessed a heart-wrenching defeat of the Kerala Police (15,18,22) by our defending champions, SRM (25,25,25)

Out of all the teams, SRM and Karnataka state paved their way to the semi-finals where they had to play against each other to decide which team would go to the final round. Subsequently SRM (25,28,28) thrashed Karnataka state (19,26,28) Claiming a court in finals.

Final got underway with a clash of the defending champions SRM (25,25,25) and Tamil Nadu police (17,18,14). Both teams united by blood, sweat, and tears gave their best, however, SRM emerged triumphantly and seized the Dr. Sivanthi gold cup yet again.

The club extends sincere gratitude to the large number of students that travelled from different parts of the country to take part and make the tournament such a good-natured, high spirited and enjoyable event.