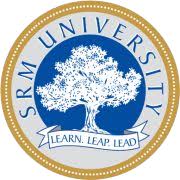 The delay in lodging complaint with the police with regards to a woman student facing harassment in one of the hostel rooms on SRM Institute of Science and Technology (SRMIST) premises at Kattankulathur was due to following protocol and the need to seek the consent from the victim’s parents.
A press release issued by SRMIST said it was during the delay that the tension escalated. After analyzing the situation and taking into account the concerns of the students, the complaint was lodged with the police, added the press release.
The victim is said to be a second-year undergraduate student at the educational institution. She was subjected to harassment while she in an elevator to reach her room which was said to be on the sixth floor of the hostel. While the matter was reported to the authorities concerned, no action on their part was said to have made the students to take part in a protest.
While the perpetrator is said to be a 28-year-old sanitation worker, the release further stated that a committee has been established to look into strengthening the safety of the students on the campus. The release also stated that SRMIST will continue to be an organization that will strive to maintain the safety of students.
There are woman guards and counselors who are at the service of students. The students are given freedom to voice their concerns. The entire security system is being relooked to enhance the security. It is an assured fact that SRMIST will continue to give the very best for each of its student in every aspect of their campus life.