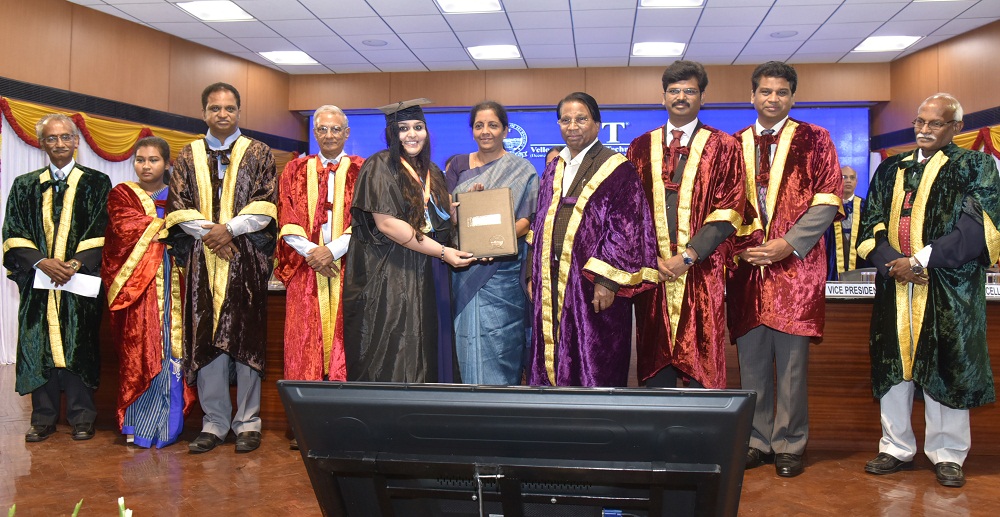 The future wars will be fought more on cyber arena and time is ripe we prepare ourselves was the hint that poured out during the 33rd annual convocation of VIT University (Vellore).

INN/CHENNAI, @Infodeaofficial
Delivering the convocation address Union Defence Minister Nirmala Sitharaman called upon the engineering students to use the latest technology and skills to help India face cyber war in future. Wars will  be  fought less  on the  borders  and more in cyber  space.  Today the country  was facing  the  threat of cyber war with  its  far-reaching  ramifications on national  security. Personal  security  and interests were  also threatened by cyber crime.
The students  who  are qualifying  today in science and  technology  will have  to start working to  see  how technology  can  be  adopted to tackle these twin  threats, she said. Defence Minister said Indians have imbibed the entrepreneurial spirit genetically from their forefathers dating back to the period  when the  Nalanda University  was  flourishing. The  British  colonial  era  saw the  emergence of English  education which  was intended to  educate  the Indian people  to  work as  clerks and  serve their  British  masters. 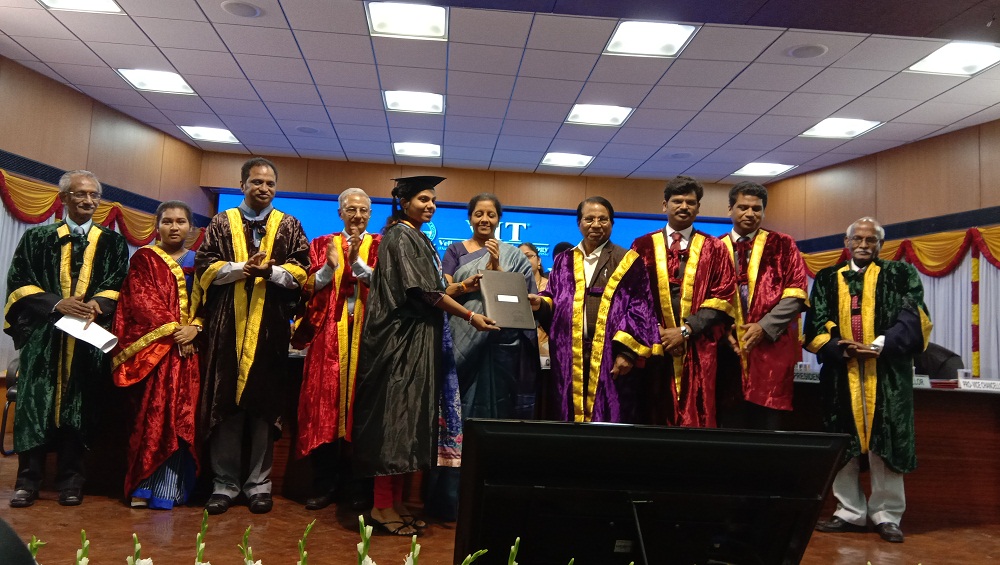 This trend started during the colonial rule and continued for 50 years after Independence. Narendra Modi government wants to break the chain which fettered the students by forcing them to take up salaried jobs instead of starting their own business. The Government has initiated the Make In India programme to encourage the engineers to go in for start-ups, she  said. G. Viswanathan, Chancellor, VIT said that after the liberalisation, privatisation and globalisation regime in 1991-96, all sectors were de-regulated. However, education sector is yet to witness deregulation.
He requested the defence  minister  to help  in the  de-regulation of  the  education  sector. The Chancellor  pointed out that  though India had the  potential  to  become  a hub of  international  education, it  contributed just one per cent of the  international  students  throughout the  world. On the other  hand,  lakhs  of  students from India were going abroad for higher education, and the Government of India  was spending  Rs 75,000 crore worth of foreign exchange annually on these students.
Viswanathan  said  that VIT was ranked 13th among  the  various engineering institutions  in India  under  the  National Institutional Ranking  Framework  (NIRF)  of  the  Ministry of Human Resources Development and first among  the private  engineering  institutions.
A total of 39,000 students were  studying in the four  campuses  of  VIT in India.  A total of  3300 students were recruited  through campus  placements  in 2017-18.  Till date, 2600  students  were  placed through  campus  recruitment in 2018-19, he said. Sitharaman distributed the  gold medals  and degree certificates to  54  candidates.
A total of  6277 candidates received degree certificates at the convocation. Anand A. Samuel, vice-chancellor of VIT welcomed the  gathering.