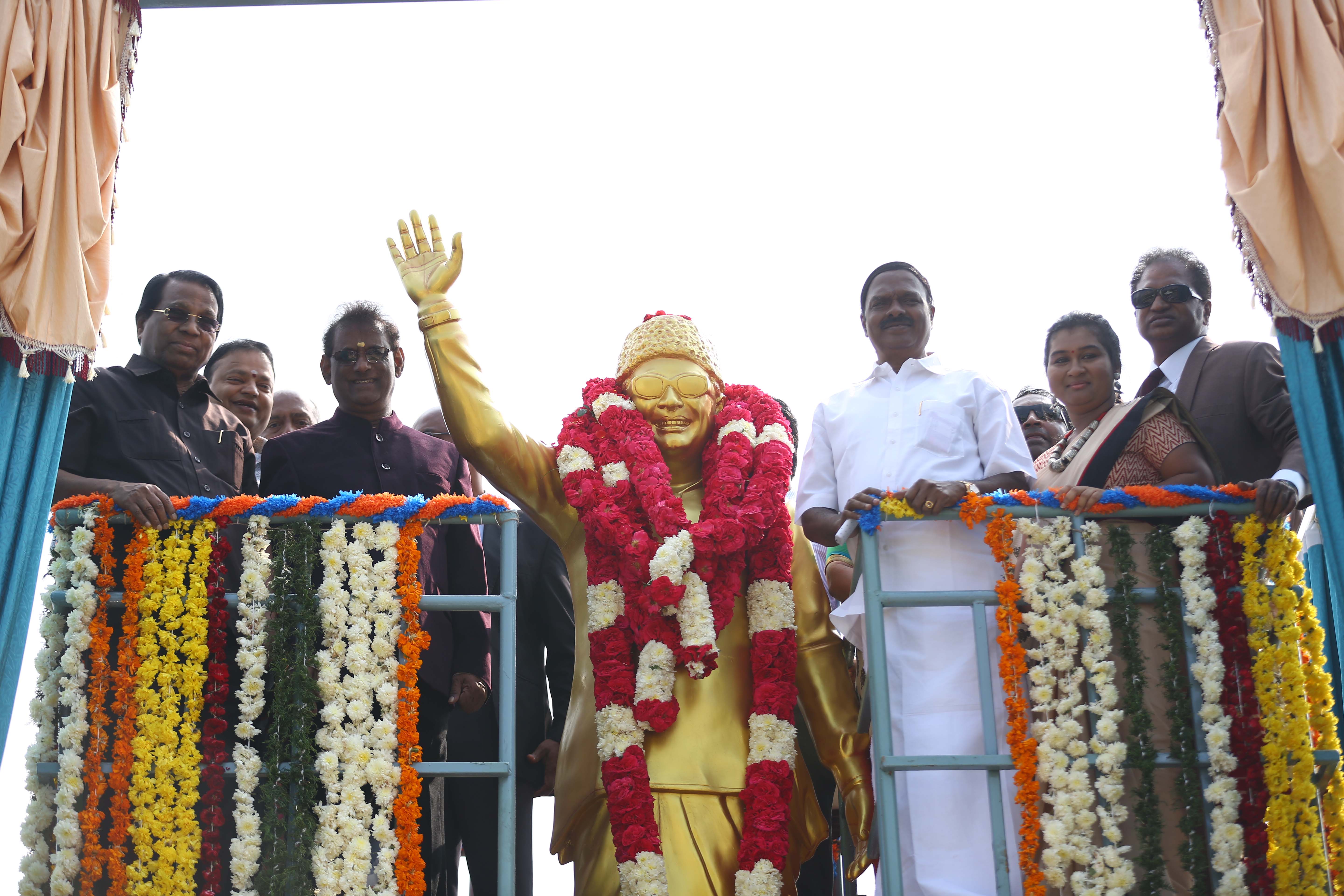 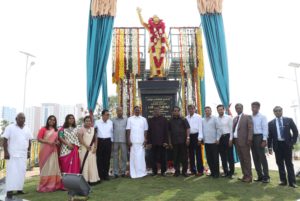 To mark the 101st birth anniversary of Dr MGR, former Chief Minister of Tamilnadu, a bronze statue weighing 360 kilograms and 7.9 feet in height was unveiled at the Chennai campus of Vellore Institute of Technology recently.

Speaking on the occasion, Founder and Chancellor, VIT Dr. G. Vishwanathan said, “He was among the finest and most democratic leaders in the political history of the country”. He further added that MGR had set up 54000 centers and nearly 60 lakh children benefitted from the initiative.

Urging Indian students to pursue higher education in Maurititius, Vice-President of Republic of Mauritius, Paramasivum Pillay Vyapoory stressed on the importance of ethics to bring about a change in the society.

“Today, Tamil Nadu is the leader in private education, only because of MGR. Today I am emphasising to both the Central and State governments to follow MGR’s policy, otherwise they will not be able to make much progress because we are lagging behind many countries who were with us,” Dr. G. Viswanathan said. 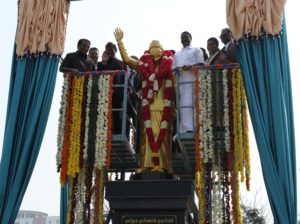 He recalled that in 1950, India, China and Korea were almost on a par when it came to per capita income. The per capita income of the three countries was around US Dollar 500. Now, we have not even reached US Dollar 2,000. In China, it is $ 2,000 and it is $ 27,000 in Korea. He said that unless there was an improvement in the higher education sector, the desired economic development was not possible.

The government should allow private institutions and compete, so that there is healthy competition. “Quality will go up and cost will come down. It is possible. For a New Education Policy, the TSR Subramanian Committee was constituted and it submitted its report and now another Kasturi Rangan Committee has been constituted and it is likely to submit its report by March – April. “I would very much like the Committee to go into the details and suggest various means that the private sector has to play a role so that all our children whoever wants to study, should be able to study in higher education institution,” Dr. G. Viswanathan said.

He pointed out that last year, 17 lakh children aspired to study medicine and only 7 lakh among them were found to be qualified to study. After the qualifying examination conducted through NEET, only 55,000 students could study medicine all over India, including 5,000 seats in Tamil Nadu. He pointed out to the education system in developed countries where recommendations, no objection certificates and approvals were not considered and that only accreditation mattered as far as higher education institutions were concerned. He also appealed to the Government of India to recognise and reward institutions, instead only punishing them when there is a mistake.

In his address, Mr. Vyapoory said that VIT was the number one institution in India in many ways. He paid rich tributes to Dr. MGR for his contribution to the development of education, his role in the cinema industry. Stating that Mauritius too laid a lot of emphasis on education for social progress, he said that they wanted to develop Mauritius as an education hub for Indian Ocean and Africa region. He appealed to the Vice Chancellors of the private universities to offer some seats from students from Mauritius and also considering opening the branches of their universities in Mauritius and use it as a gateway to Africa.

The bronze statue that was unveiled measures 7.9 feet in height and weighs 360 kilograms.