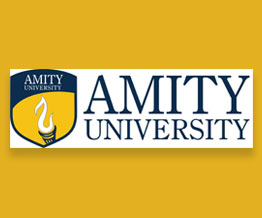 Amity Business School under the aegis or auspices of Amity University Gwalior, celebrated the World Tourism Day which is commemorated every year during the  27th of September by the United Nations World Tourism Organization (UNWTO). It is observed in an effort to acknowledge the industry’s vital contributions in the economic sphere and to highlight the positive impacts of culture that unites people from across the globe.

Amity education group has been offering distinguished training and hospitality education for years,  to show the epitome of brilliance to deserving students. The school believes in the holistic growth of every student that steps in, thereby, emphasizing the all rounded growth of students to mold them into competent professionals someday. 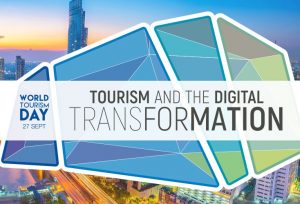 Divided into two, the first segment of the celebrations of World Tourism Day 2018 bore witness to an ‘International Food Fest’, where cuisine of various states and countries were showcased and offered for sale by the Amity Business School’s students who participated in the event. As students dressed up as pretty petite colosseum served a plethora of dishes, Vice Chancellor, Lt. Gen. V.K. Sharma, and Pro Vice-Chancellor, Dr. M.P. Kaushik graced the flavorsome occasion and joined the spectators for their enthusiasm to taste the dishes.

The second segment, ‘the Cultural event’ unfolded and the celebrations were merged in context. Amongst a multitude of dishes mirroring the vivacious cultures of the following nations and Indian states, ‘Maharashtra’ was crowned like a victorious gladiator followed by ‘West Bengal’, the runner-up.

Beats of the drums and the music which played the consumed smells of the cuisines kept the students’ spirit intact and encouraged, their hearts filled with motivation and fluttering eyelashes were all to be seen at the venue apart from mouth-watering dishes. And with an aim to foster awareness amongst the University community about the eminence and potential of the tourism sector and in background, highlighting its social, political, cultural and economic values. Amity Business School mapped the sector that goes beyond airlines and hotels, in doing so, it attracted a starving and soon in-the-awe, audience from various teaching schools of the university.  A vote of thanks by the organizers called a wrap on the whole day blooming celebration.