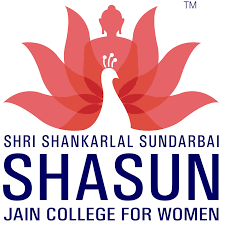 The capacity and willingness to organize and manage a business venture along with any of its risks and abilities to make a profit is known as “Entrepreneurship”. This term has become quite common among the youth and has enlightened them to do something on their own. The youth aspires for opportunities but the gender also plays an important role in our country because women in the community had been deprived of some opportunities compared to men.

There have been many initiatives taken by the government as well as the institutions for them and Shri Shankarlal Sundarbai Shasun Jain College for Women is one of those institutions that believes in women’s power and provide them with an opportunity in the form of entrepreneurship like the Shasun Bazaar. The bazaar was organized to get an inkling for the students on how to start their own business whenever they’re ready. It composes of different booths such as clothings, accessories, foods, photo booths and etc. The affair was held last 22nd  of September at the school ground and was inaugurated by Sneha Murali, Director of Sri Krishna Sweets, Chennai. She visited all the stalls and addressed them with her encouraging words.

The bazaar was inaugurated with the presence and blessing of Mr. Abhay Kumar, College Secretary and Mrs. B. Poorna, the Principal. They were the pillars of support and encouragement to the students to put up the bazaar. It was indeed actually a huge success, and in behalf of the students, we look forward for more opportunities like this to encourage the women so that they can grow and succeed to their own capabilities. 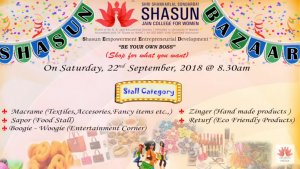