During this coronavirus outbreak, many of the business was shut down by the orders of the government that is allowed on was imposed in the whole country But as soon as the aviation industry started There was a hope of something better than this industry would support the country’s economic growth and would also contribute to our national income and would also help in reviving it but the Actually it was something different which resulted in A loss of all the hopes of the market from the aviation industries indeed a small growth was noticed in these industries and they were also allowed to fly in the international borders but even then people were not enough confident in traveling through airlines this was the reason that a huge decline was seen in the market share price of the aviation companies. 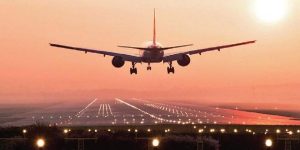 Resulting which the inter globe aviation indigos parent firm on Wednesday posted a net loss at Rs 2844.3 crores for the quarter ended June 30. It had posted a Net profit of Rs 1203.1 crores In the corresponding quarter last year. Revenue from operations plunged 91.9% year on year to Rs 766.7 crores During the quarter under review. The operations of airline companies were heavily affected during the quarter due to Government orders. The aviation industry is going through a crisis of Survival and therefore our cash balance remains our number one priority. However, we also recognize that major disruptions offer companies opportunities for improvement in product,  customer preference, costs, and employee engagement. We have built a strong team that is working on multiple fronts to ensure that we emerge from this crisis stronger than ever stated Ronojoy Dutta the CEO of the company. The Low-cost carrier said it had a total cash balance of  Rs 18449.8  crore comprising Rs 7527.6 crore of free cash and Rs 10922.2 crore of restricted cash.  Management of cash is of vital importance for the company as industry bodies have said normal passenger levels may come as late as 2024. The capitalized operating lease liability was Rs 21,177.9 crore while the total debt was Rs 23,551.6 crore. As Of June 30 the company has a fleet of 274 aircraft, a net increase of 12 aircraft during the quarter. It operated a peak of 418 daily flights including charter flights during the quarter. It has resumed services to 56 domestic destinations and served 20 International destinations via charter operations.