Lieutenant General Pandala Nagesh Rao took charge as General Officer Commanding of Dakshin Bharat Area (DB) on 8 December. According to sources from Defence Ministry, DB is headquartered in Chennai which is under the Southern Command of Indian Army. Sources further say the Lieutenant General Nagesh was commissioned into Indian Army in December 1982 into the Fifth Battalion of the Parachute Regiment from Indian Military Academy (IMA).

He won the Sword of Honour during his course. He is known to have vast experience in the command and combat aspects in different terrains and operations. He commanded the 5 Parachute Regiment during Operation Rakshak in Jammu and Kashmir, a Mountain Division in Manipur and Mountain Strike Corps at Ranchi and later at Panagarh before taking over as General Officer Commanding of DB. 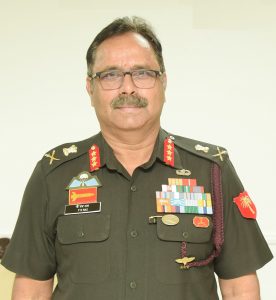 Lieutenant General Rao joined National Defence Academy (NDA) in Khadakvasla after initial schooling at St Edward’s School in Shimla and Dove ton Corrie School in Madras. GOC is a graduate from Defence Services Staff College in Wellington and is also an alumnus of National Defence College in New Delhi. He is also known to be an accomplished sportsman, Lt Gen Rao has been a blue in football and hockey at both NDA and IMA. He is also a passionate player of Golf and basketball.