Largest wall painting in the world is in Chennai 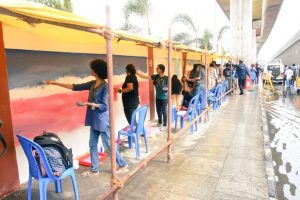 Infodea went ahead to know more in this regard. Not long ago a group of artists painted the walls of Chennai airport as a part of Swachchta Abhiyan, themes for the painting were tourism and environment.

When the painting work was going on, little did those who took part in it knew that their hard work will get them a prize that will make them feel proud forever.

The painting was done on city side wall panels of Chennai airport running parallel to GST road from International entry (Pallavaram side) to Airport Colony gate which is around 3907 feet long (24,261 sq.ft). 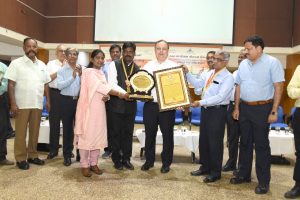 About 1436 artists comprising students, elderly persons, employees of Chennai airport took part in the painting work which lasted for nine hours. Now the creative work has found a place in the book of records as ‘Largest Wall Painting in the World.’