Pilgrimage centre turns into a place of problem 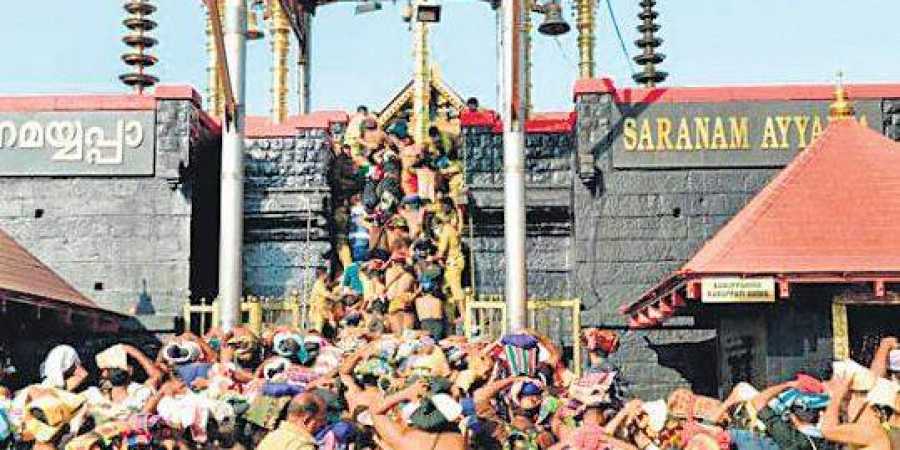 Sabarimala temple issue causes concern in the minds of devotees

Right from the common folk to eminent people all have voiced their opinions on the issue of allowing women into the popular shrine. According to sources, Union Minister Smriti Irani said right to pray did not mean the right to desecrate.

‘Swami Saranam…Ayyappa Saranam,’ ‘Swamiye Saranam Ayyappa’ are the chants the devotees are usually seen uttering loudly even as they move towards the sanctum sanctorum to have the darshan of Lord Ayyappa in Ayyappa Temple in Kerala.
However, the pligrimage place which usually is in the news due to devotional reasons has garnered the media attention for another reason. This time it is regarding the entry of women in the menstrual age into the temple that made news.
Right from the common folk to eminent people all have voiced their opinions on the issue of allowing women into the popular shrine. According to sources, Union Minister Smriti Irani said right to pray did not mean the right to desecrate.
‘When it doesn’t seem good to carry a napkin seeded with menstrual blood and walk into a friend’s house, will it look to do the same in the house of god?’ It was not the minister alone who voiced their view.
Filmstar Rajnikanth said the traditions of temple had to be kept up which are being lent down since ages. Every temple has its own customs and practises which should not be meddled with. 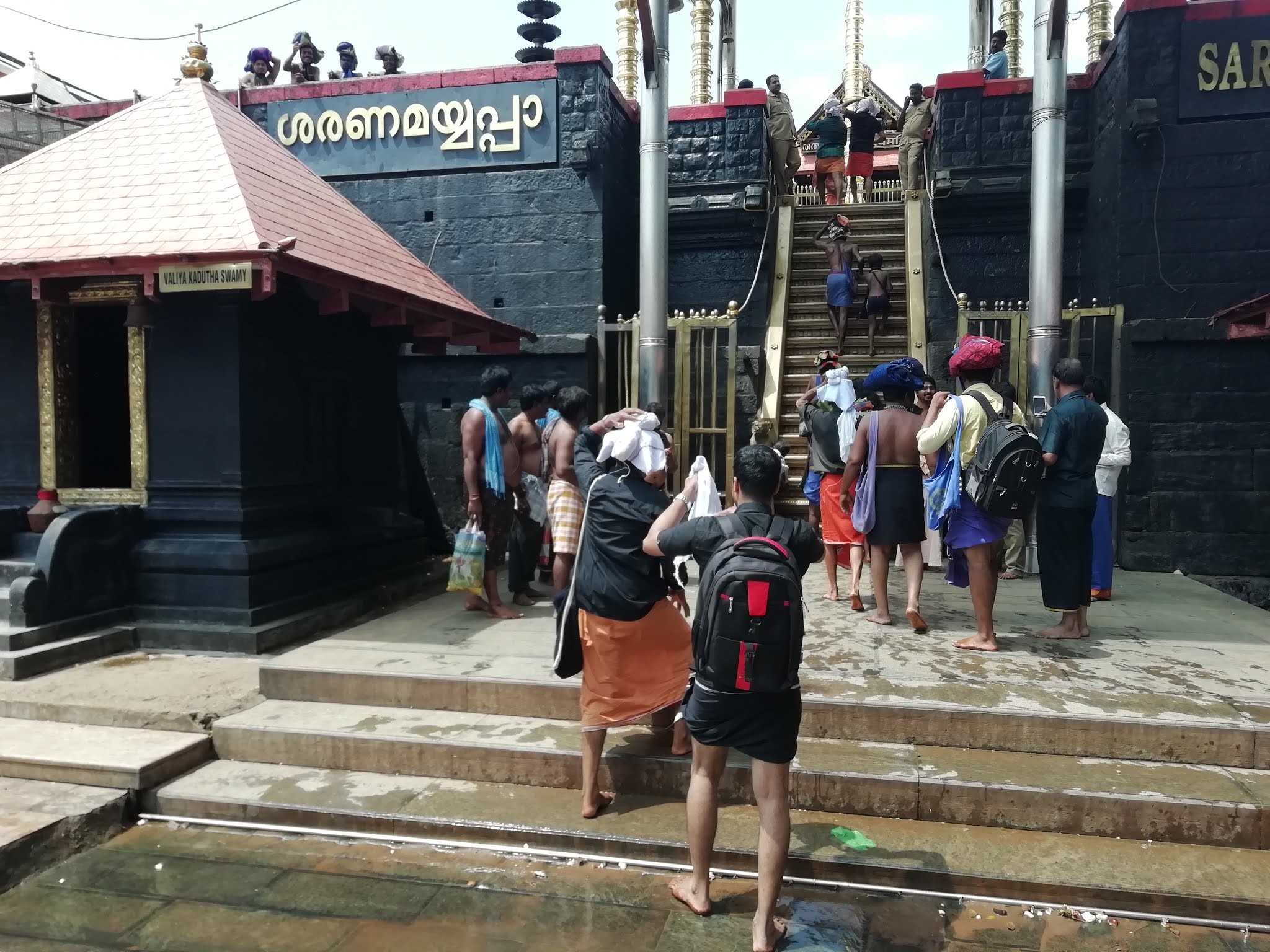 Retired judge C S Karnan opined that Article 14 of Indian Constitution leaves enough scope for individuals to follow their traditions, it would not appear appropriate to go against the tradition and allow women in the prohibited age to have an entry into the shrine.
A senior journalist Greeshma Gopal Giri from Kerala said women of all age groups must be allowed to worship inside the temple. Priesthood in all the temples across Kerala is in the hands of men, the Supreme Court verdict will hopefully pave way for women priesthood also in the holy shrines.
Another senior journalist Vivek Prasad from Kerala views the issue regarding women entry into Ayyappa Temple as an attempt to break down the traditions and customs by conspiring forces from outside.
There has always been a conspiracy to do away our age old traditions, customs, practises, this is not an exception to it. It is unfortunate that a few of our people are hand-in-glove with them in these attempts. When issues of greater relevance await hearing in the court, why is there a focus on this topic suddenly? He asks.
The temple is run by a private trust, court must not interfere in the privacy of any entity, he says. Abhijit, a resident of Kerala and an employee with a private firm says Ayyappa Temple has been the centre of our culture and belief and this should never be a part of unwanted struggle for equality.
Women empowerment is a thing that happened many years ago in Kerala, they have equality in all matters, they move shoulder-to-shoulder with men and are proving their mettle on the work space.
Biju, who drives an auto to fetch pilgrims to Sabarimala said traditions and customs did not matter to many women who have come to the shrine. Most of them attempted to get publicity for themselves taking advantage of the situation. A few voluntary organisations have made the temple into a venue for unwanted activities.
Hotelier Muthu Swamy reminds that women have never been kept away from Ayyappa Temple. Women in the menstrual age are not allowed inside, the traditions and divinity that lies behind it must be respected. Much like Vivek he too sees an element of conspiracy in breaking down the age old customs and traditions and also laments over the fact that a few of our own folk are lending a helping hand towards it.