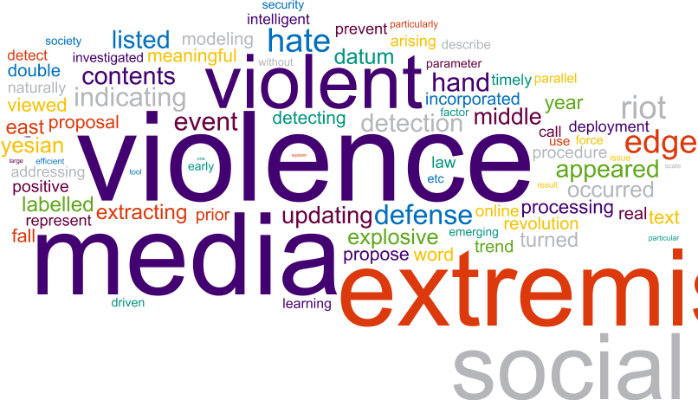 The portrayal of Violence through the digital medium such as social media has been a curse on the masses, and add to it tv serials and talk shows aired in private channels are promoting such indecent acts in a big manner,

The lack of meaningful and positively entertaining programmes in the state owned Doordarshan has led to the masses viewing these private channels show in a huge way.

In developed nations such as USA and even currently in third world countries violent video games are propagating violence in the society tremenduously, many research worls have shown that such video games have led to greater number of crimes in USA and other developed countries.

In the good old days Doordarshan used to air aesthetic programmes such as Ramayan and Mahabharat, which were eagerly watched by the young and old alike thus inculcating values in the kids, which sadly is not the case today.

Tv  violence has even led to mental disorders in the youth leading them to commit dastardly crimes.

It has also been proved beyond doubt that private TV channels such as Sun Tv and Vijay Tv are promoting western ideals through their talk shows and serials, the exception being Podigai channel which once in  a while does come out with sensible material worth a watch.

Old  timers are still awestruck at the aesthetic programmes such as Malgudi Days, Surabhi etc which quenched the artistic thirst of the masses during those hoary days.

Former Union Minister Arun Shourie has through his exposes as a journalist has shown the wide prevalence of prostitution in India through the pornography laced CD’s and DVD’s showing the extent of modern technology being used in the sex industry.

Sections of the civil society are of the opinion that media scholars and communication scientists should come out with viable solutions to address this virus which is eating into our society.