What needs to be reformed? 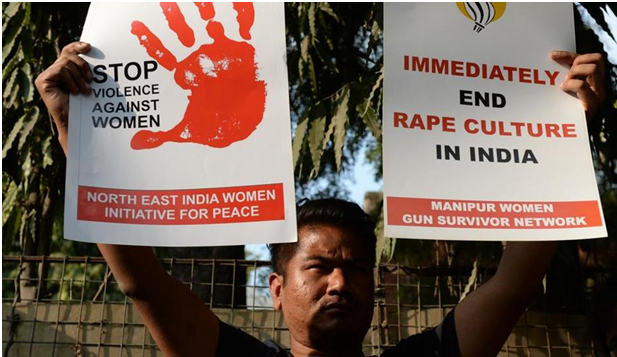 Being born as a female in this country of seamless silver in its culture and values is like standing on the edge of a cliff and not feeling afraid, it’s like stepping on the ground where demons gape to devour.

Reinforcing the label Delhi as the rape capital of India, an 8-months-old baby was raped by her 28-year-old cousin in northwest Delhi’s NetajiSubhash Place. She was admitted to a hospital in north Delhi, where she underwent a three-hour-long surgery on last Tuesday.

If the focus of expansion will undergo a shift from vote banks to the judiciary, there’s a hope that those monsters draped in a man’s body would reconsider their decision of ripping a girl to shreds. 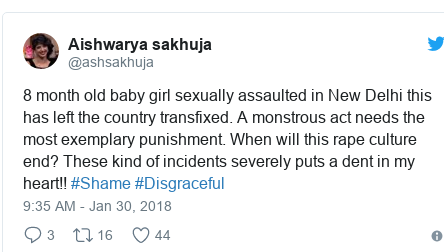 The country is bearing witness to all sorts of developments in the name of westernization, however as soon as you spare a glance towards our legal system and the dire straits our judiciary lay in, you’ll be in the middle of an astounding discovery that tons have been invested in blatantly obvious unnecessary projects but the need of the era to curb the crime rate by expanding the size of judiciary is an afterthought or maybe not even a thought to ponder upon yet.

If even one out of 100 men has the audacity to satiate the hunger of his flesh by raping a woman it overtly implies that the rules aren’t hard enough, they are failing at serving the very purpose they are made for.

The existing laws of molestation and rape are outdated, the harmony and justice are struggling to find a place in India since years and they’re doomed to find a home in the heart of this country unless the person in-charge takes in the notion that the laws have to be able to reach up there in order to bring down the devastating rate of rapes in India. The country is screaming in disguise of all the colors and lights, it is demanding a sense of security, a need for a strengthened police force.

The society is already conditioned to assume that men are born and raised with a sense of entitlement, we can’t turn the wheel of time and undo the stereotypes that swallowed the substance of India which leaves us with the option of rebuilding what we have and building it right. Everybody amongst us needs to address this pressing need to start from the source, we’re breathing in the air of the society where people still have the guts to say that a female needs to dress properly, somebody out there is awfully failing at comprehending the origin of this terrible crime as the roots of the sin are inside the sinner.  Telling girls how to fight back is not the only solution but it also adds up an element of heat in the gameplay where opponents are characteristically superior.

The way males of this nation perceive females is appalling. The attitude that guides their outlook needs metamorphose otherwise the day when we’ll be recognized as a nation producing filth in façade of people like this 28 year old is all set to slaughter the dignity of our country. From generations there have been heroic souls who gave India an identity out of scratches, they flung up the pride of the nation and swayed the flag high in sky. It took surpassing levels of energies and uprightness in taking India to such great heights but miserably failing in sustaining the pride, people with fickle minds and shaky hands brings us back to where we started.