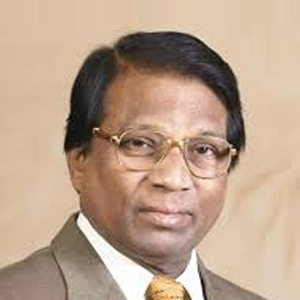 Founder Chancellor of Vellore Institute of Technology (VIT), Dr. G. Viswanathan has been unanimously elected as President of the Centenary Second Year Conference of the Indian Economic Association.

The First Year of the Centenary Celebrations was held at Acharya Nagarjuna University in Guntur, Andhra Pradesh between December 27 and 30, 2017. The selection was made during the General Body to be President of Centenary Second Year Conference of IEA.

In his address, Mr. Kovind called upon emerging economies, including India, to speak up for an interconnected world with a fair and growing trade, in the wake of some countries turning protectionist. He also said imaginative policy-making was required to overcome the social and economic inequalities between different sections and regions.

During the Conference, Dr. G. Viswanathan presided over a special lecture by Prof Jomo Kwane Sundaram, a leading World Bank and United Nations economist from Malaysia. Mr. Sundaram spoke on the importance of trade for economic development. Dr G.Viswanathan stated that good politics should ensure cooperation among numerous political parties of India to have a common development agenda and clean politics free from corruption. He invited the IEA to guide the nation with good ideas for optimum use of public expenditure and allied fiscal policies.