Amity University Madhya Pradesh, organized Webinar with the renowned and great, Gangaajal actor, Yashpal Sharma, as the guest. Students and faculties were enthralled to get to hear, from such a prominent personality. The session named, “Yashpal Sharma- An Inspirational story of Success”, was inaugurated by the Honourable VC Lt.Gen VK Sharma.

Hon’ble VC admired the actor, as to what makes a man, so determined to mesmerise the viewers, only, by the means of acting. The VC gave a short example of his life, from back in the days of his training in the National Defence Academy, Khadakwasla, where he and his platoon were ordered to run a distance of 40-50 km in a day, it was only the will to achieve success, that made the cadets, complete the whole distance without any fail. 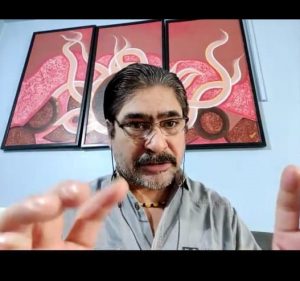 Yashpal Sharma agreed with the VC’s view, and continued, that failure should not matter much, in one’s life. Every failure teaches us a lesson and prepares us better for the battle ahead. The NSD alumnus, himself failed thrice before he could make it to the National School of Drama, New Delhi.

The talented soul grew up in a humble atmosphere of Hisar, Haryana, where he had to struggle in his college days. He described his school, to be composed of “Kamras” and “Kamris”, “Kamra” where food grains were stored and “Kamri”, where the lady teachers, sat to stitch sweaters.

He believes, he might have grown up in a not so well to do family, but he considers his childhood to be the richest. He said, he played all those games like Kancha, Pitthu, which are not even known to the Millenials. He thinks, everyone should learn to filter out the best of everything.

He thinks, a child’s soul gets developed by the age of 10, and in the coming years of growth, it is just the bodily features that decorate a human body, which we get to see around us. 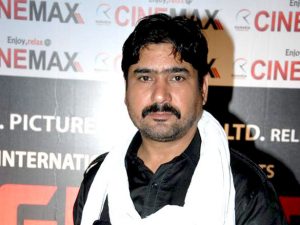 Yashpal Sharma, was quite vocal about movies that promote the genre of social awareness or has something for the society to know about. He touted movies like Padman, Chhapak, Toilet, Pink, Article 15 as the best in class. He is strictly against vulgarity, nudity, violence that has become evident in the web series these days, he thinks, these movies play a role in leaving an impact, on the mind of the audiences; whatever grave incidents, that have happened in the past, are somehow because of these scenes; this also made him deny 3 productions of Balaji Films and 2 from others.

On being asked about his dream project, he said, he’s been working on a film, “Pandit Lakhmichand”, for the past 4.5 years, the storyline is based on a globally acclaimed Haryanvi folk singer, Pandit Lakmichand.

Overall, it was a fun and splendid experience for the faculties and students, to have a great personality among them.