On Saturday, the Andhra Pradesh government cancelled the SSC examinations with regard to the spread of coronavirus infection.

Audimulapu Suresh, the State Education Minister, announced that the government has enforced this decision in order to protect the student’s health as there has been a quick rise in the number of infected cases in the state.

The government stated that all the 10th class students will be promoted to the next year by grading them based on their internal assessment marks. 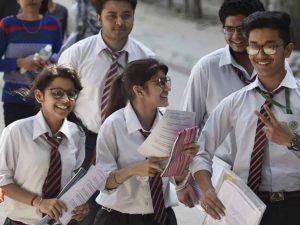 The state’s SSC exams were planned to be held in March but it was postponed due to the pending elections of local bodies and later it was again held off due to the coronavirus lockdown. Over six lakh students had registered for these exams.

As they saw an ease in the lockdown restrictions, the government decided to conduct the public exams from July 10. They also reduced the number of papers from eleven to six and increased the number of centers. But this decision was soon canceled.

The Education Minister stated, “We have accordingly started making arrangements but after a review of the situation, Chief Minister YS Jagan Mohan Reddy suggested that we cancel the examinations and promote all the students.”

He also added that there has been a cancellation of the advanced supplementary and improvement examinations for students of Intermediate Classes (XI and XII), which was expected to happen from July 11.