The Effect Of Plastic Bags To Our Health And Environment..

As an ordinary consumer of market products, where we usually and efficiently chase our way of procuring something extra on daily household needs and luxury items is that, we go for what is good for us on our daily lives. An extra onions or flour is not really the goods that is in demand nowadays but the product that is so unnecessary to people and that is of “extra polystyrene”. Often heard statement at some corner stores are “bhaiya- double panni me pack kardena”, this granted request by many has drastically affected our environment because of its contents that wont melt even in the longest time. Yes, it is accessibly cheap and majorly efficient plastic that can last for at least 2 generations but it’s an unhealthy legacy that we are passing on to our next generations. 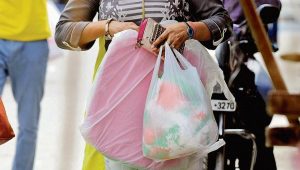 Scientist have revealed that there is 500 times more plastic in the world than required to build a staircase to moon and that is 51 trillion plastic. Humans find themselves invisible to this wonder material which is cheap, durable and has been expanding at an uncontrollable level on a global scale. But it is not the same  at marine level. Marine litter which is affecting more than 600 species and dawn to be the 6th mass extinction  of life on earth. According to a report published on Independent online portal, scientist reveals “ 8 million tonnes of treated plastic” let alone is thrown in the oceans and  to sea turtles, plastic bags in the water that can look like jellyfish, floating on the surface plastic and can appear to be a tasty snack for a seagull, based on millennia of experience, and to baby perch it appears more appetising than the plankton they are supposed to eat. This is no undenying fact that the plastic we have thrown in the sea has been consumed by humans as well which leads to potentially harmful consequences affecting our tissues and hormones hampering  to our healthy growth. The plastic is also directly consumed by us in the form of facial scrubs, sun-tan cream and make-up.

Midway Atoll in the North Pacific Ocean is the home of the biggest Albatross colony on earth. These birds forage at sea, often hundreds of miles out, to look for food for their offspring. But unfortunately, thousands of these precious birds have been found dead at Midway because they had ingested large amounts of plastic bag shards and pieces. It is estimated that four tons of plastic accumulates daily.

The flood in Bangladesh 20 years ago were partially attributed to blockages in drainage system from plastic shopping bags. The UN has launched its CleanSea’s campaign including the UK, Canada, France, Indonesia, Sierra Leone, Brazil, Norway, Italy, Costa Rica, Kenya and Peru. The US, China, Russia and Japan were not a participant of the said clean program.

“Plastic bags is not a recyclable material”… this is the marketing trick used by many companies who uses surplus amount of plastic for their product in terms of  packaging and is disposed to oceans and landfills. Times of India reports that Pepi Co India said, “it announced its partnership with Gem Enviro to set up the infrastructure for collection and recycling of PET plastic bottles in the state by setting up reverse vending machines”. On the contrary, there is already a system in place to recycle plastic. What we need to do is to make it more efficient and profitable for the stakeholders (such as rag pickers), instead of introducing more processes in the ecosystem of recycling further,” said Ramesh Chauhan chairman of Bisleri, a company best known for its eponymous Bisleri brand of bottled mineral water. 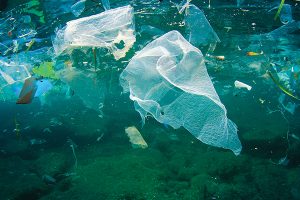 And therefore, we, the consumers of the plastic filled state we at personal level should be least moderate and debar from use of plastic by spreading the word. Counting the plastic bags we bring into our homes and refuses the rest or better yet burn them and burry them to the ground whenever they’re not in use anymore.