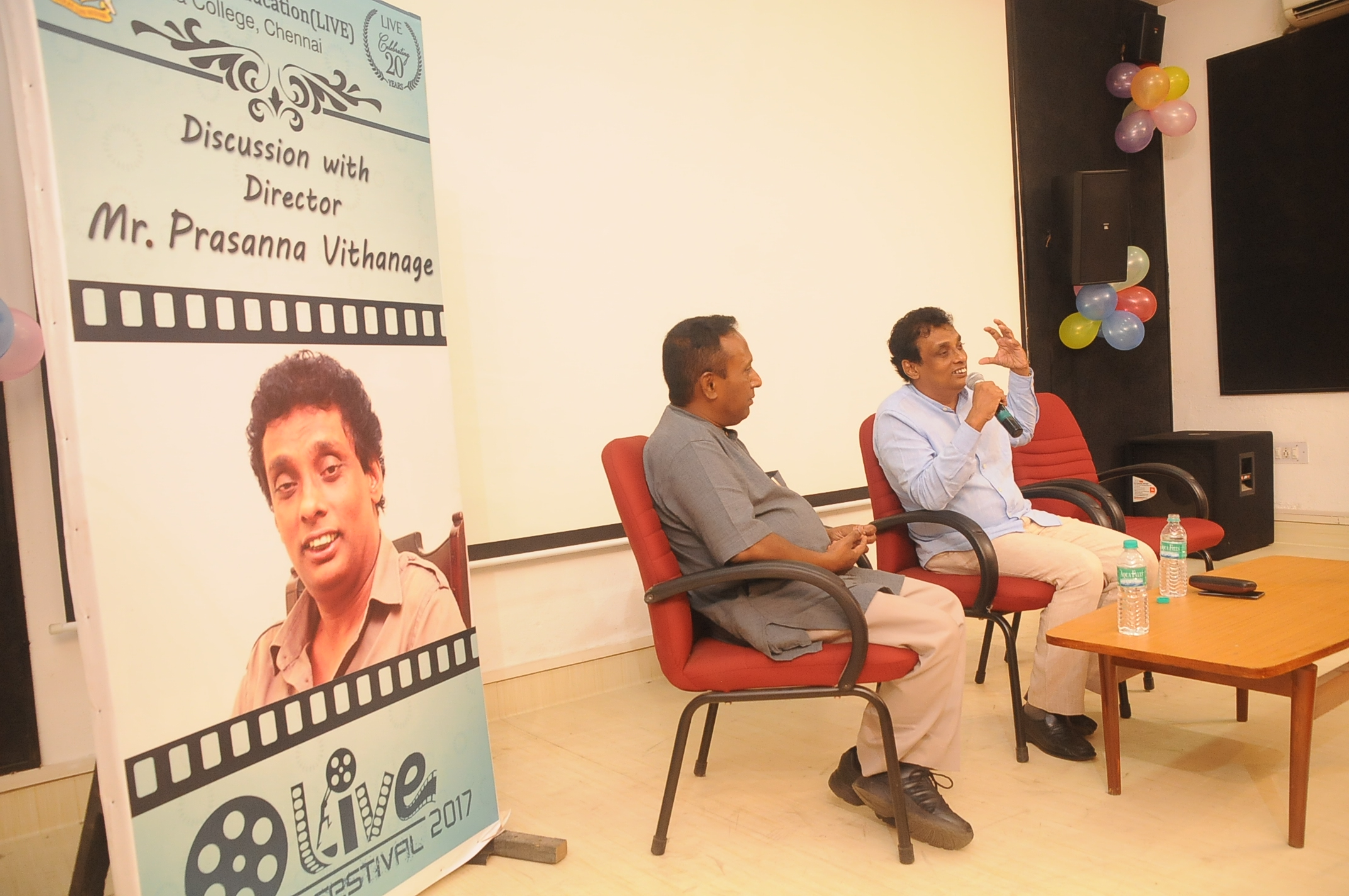 The Loyola Institute of Vocational Education (LIVE) has planned a series of events across the year to celebrate their two decades of quality education to students. The celebrations began with a three-day LIVE Film Festival 2017 at the Loyola College preview theatre on 25th April 2017. LIVE has two key objectives in organizing this festival:  to bring global cinema to the students and to make them understand the vital importance of becoming responsible filmmakers. 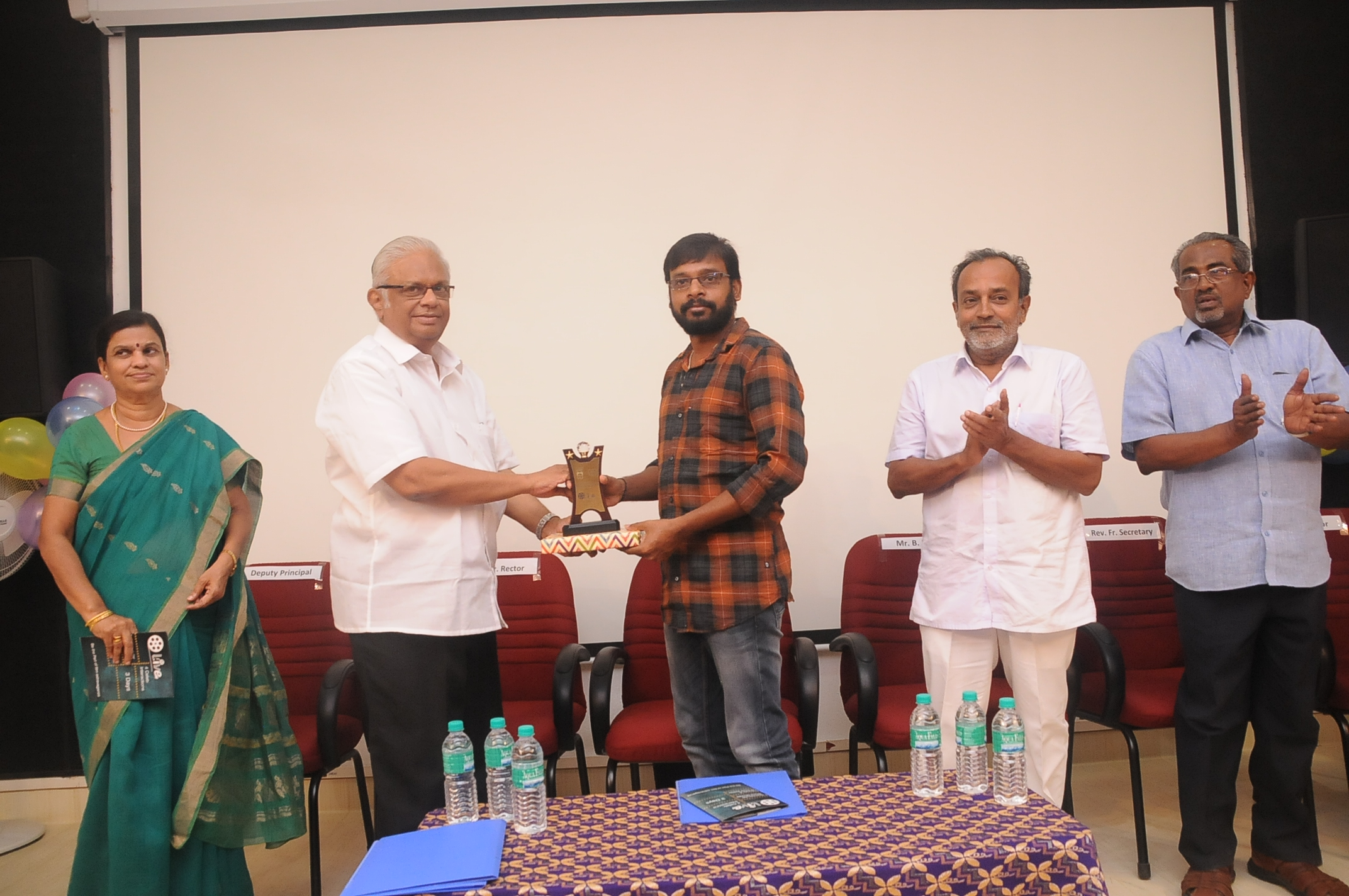 Inaugurating the festival, the award-winning Film Director Mr. Raju Murugan said that if a film can transform the personality of even one person, then it is the mark of a great film. Therefore the film should be used as a weapon to reflect social issues, he said. He cited Iranian films as an example.

The eminent editor Mr. B. Lenin was the guest of honor.  In his speech, he laid emphasis on the human dimension more than technical skill while editing a film. In short, he called it the human cut.

The first movie to be screened was a pulchritudinous Chinese drama-film ‘Wolf Totem’, directed by Jean-Jacques Annaud. After the screening, the acclaimed novelist and writer Mr. S. Ramakrishnan spoke about the making of this film in detail. He had a lot to say about how the wolves were trained, how the over 500-page novel was reduced into a film script and how long it took to make the film. He also gave a lot of background information and interesting details about the film.

The second film to be screened was ‘Sin Nombre’, a Mexican-American adventure thriller written and directed by Cary Joji Fukunaga. The day ended with a discussion about reinventing Tamil cinema with three film directors, Mr. Bramma (of Kuttram Kadithal), Mr. Lokesh Kanagaraj (of Maanagaram) and Mr. Kamalakannan (of Madhubana Kadai). The discussion revolved around several issues, including the functioning of the Censor Board. There were quite a few questions from the audience.

Talent show
The second day of LIVE Film Festival 2017 began with students showcasing their talent in music, dance and  mimicry on 26th April 2017. It drew a resounding applause from the audience.

The Power of Cinema
Prof. Sivakumar Mohanan of L.V. Prasad Academy explicated the elements and source of the power of cinema at a session on the second day of LIVE Film Festival on 26th April 2017. He showed several clips and scenes from movies to the audience to demonstrate how each element such as cut, close-up and time concept made cinema a powerful story-telling medium.

Interaction with Chezhian
Cinematographer-writer Mr. Chezhian commented on various aspects of the film ‘Landscape in the Mist’, directed by Theo Angelopoulos, which was screened at the LIVE Film Festival 2017. He explained the features of the slow film movement and responded to several difficult questions about the film and stressed the importance of watching a film a number of times to understand the nuances of film language. 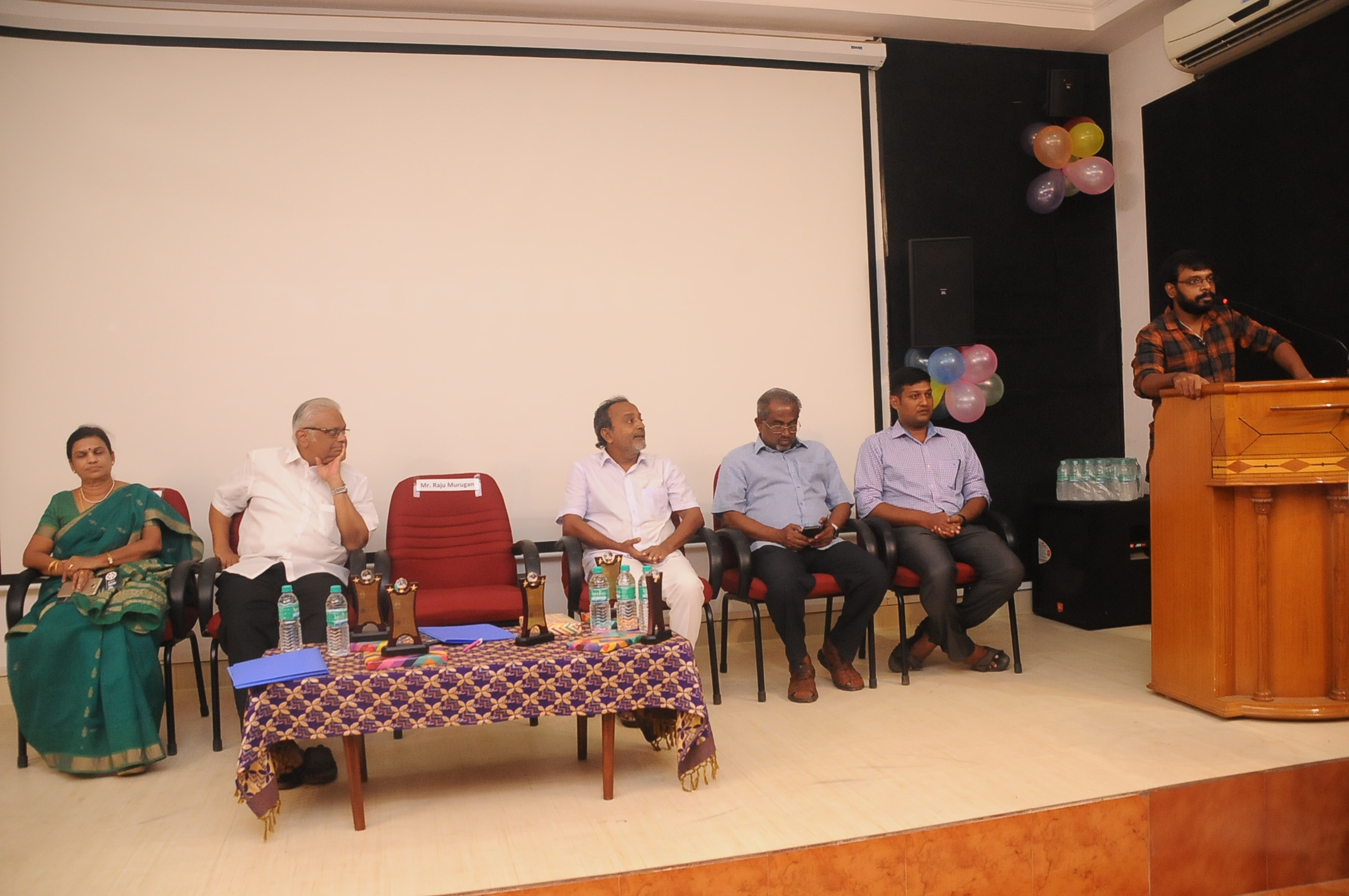 Naiyandi Durbar
Puthugai Bhoopaalam comprising Mr. Pragadeeshwaran, Mr. Senthil and Mr. Vinayagam entertained the audience in a programme ‘Cinema, Cinema!’ on the concluding day of the Loyola Film Festival 2017. Beginning with a vanakkam song, the group touched upon several aspects of film and with typical humour of naiyandi durbar had the audience in splits. The programme ended with the message that to make a good film one must not go in search of the hero but in search of a story.

Interaction with Mr. Ram
Film Director Mr. Ram spoke about his philosophy of filmmaking. He stressed the importance of interdisciplinarity and urged students to engage with literature, philosophy, geography and anthropology among other subjects. He said that that he chose themes that were not the run-of-the-mill kind.

Interaction with Mr. Prasanna Vithanage
Following the screening of the Sri Lankan film ‘Ira Madiyama’, its director Mr. Prasanna Vithanage interacted with Prof. Sivakumar Mohanan of L.V. Prasad Academy and the audience. He spoke about the reasons why most of his films were set in the background of the war in Sri Lankan. He laid emphasis on location research and cultural understanding for the making of a good film.  He also responded to questions about technical aspects of filmmaking.