New Media is here to stay… 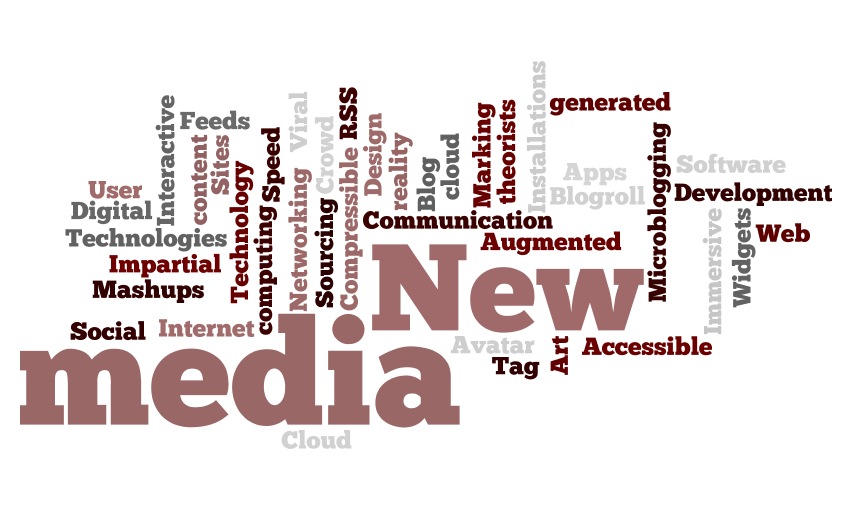 So what exactly is New Media?

New media most commonly refers to content available on-demand through the Internet, accessible on any digital device, usually containing interactive user feedback and creative participation. Common examples of new media include websites such as online newspapers, blogs, wikis, video games and social media. A defining characteristic of new media is dialogue. New Media transmit content through connection and conversation. It enables people around the world to share, comment on, and discuss a wide variety of topics. Unlike any of past technologies, New Media is grounded on an interactive community.

What appeals to the masses is the interactive nature of the New Media, especially the ability to express one’s opinion through spaces such as the “comments” section in social media platforms such as FB.

New Media has come a long way from humble beginnings especially in the developed countries, and in India firms such as Infosys as emerged as the powerful players in the New Media field.

So what has exactly fuelled the growth of the New Media in the world as never seen before?

Industry watchers of the unanimous opinion that the introduction of the smart phones and tablets is one of the primary reasons behind this spurt in the growth of New Media, the various tie ups the Indian government had with major western powers in the past couple of years has also yielded great boost for the New Media success story.

The greatest beneficiary of the New Media boom is corporate advertising through blogs, websites and social media in the forms of instagram, twitter, FB, Hike etc.

Other forms of New Media such as video news reel has helped products such as Tata Nano like anything and has elevated New Media to heights hitherto unknown.

Modi’s push towards digitilisation has further enhanced New Media and has also resulted in the employing of scores of women in various sectors of the economy.

Thus we can safely conclude that New Media can play a great role in the field of Corporate advertising to improve the Indian economy in a big way.