The new National Education policy (NEP), 2020, that was cleared by the Union Cabinet on July 29, seeks to bring a sea change in the Indian education and make the curriculum of schools and colleges more skill-oriented. It also sents for itself, the goal of transforming the system to meet the needs of 21st century India. Built on the pillars of access, equity, quality, affordability and accountability, the NEP is aligned to the agenda for sustainable development and aim to transform India into a vibrant knowledge society and a global knowledge superpower by making school and education holistic, flexible and multi-disciplinary. 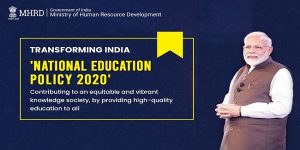 India last framed a national policy on education in 1986 and since the country has been making to do with the same old policy despite the on the education sector having undergone a sea change in the interim, speaks volume for the new policy offers a ray of hope for millions of students. The NEP says, wherever possible, the medium of instruction until at least Grade 5, but preferably till Grade 8 and beyond, will be the mother
tongue or local language and replaces the policy adopted in 1986 and modified in 1992.
This idea on the medium of instruction on local language or the mother tongue may be controversial, however, there is going to be no
imposition of any language. There is some ambiguity, whether this would be at the cost of the English language but the Government has allyed concern that this is not mandatory and it is up to the States and institutions to decide its exact implementation. Educationists welcomed the three-language approach and said English could also be taught as a third language after the mother tongue and regional language from Class 1 to Class 5.
Local language as the medium of instruction till Class 5 is important in the early phase of a child’s education, they said.
A positive and far-reaching initiative is that NEP signals the end of  ROTE  learning, a memorizing technique based on repetition and brings in assessment based on the application of core concepts; introduces skills from Grade 6 on wards enabling every child to have at
least one skill at end of school education.The NEP’s. intent to make Class 10 and 12 board exams “easier” is a welcome step, Students will also be allowed to retake board  exams once and only the best of the two attempts will be counted. 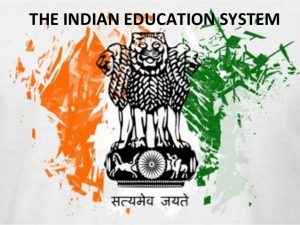 But the requirement of for all students to take exams in Grades 3,5 and 8 is worrying, Experts say what is needed is systemic assessment of schools’ ability to deliver suitable learning outcomes, not failure policy that penalize students, and even cause them to exit schooling. As far as the older schoolchildren are concerned, they can look forward to the loosening of several right barriers such as those between
Arts and Sciences which was putting a burden on these students.
in structural terms, the NEP’s measure to shift to four-year undergraduate college system, and create a Higher Education Commission of India represents major changes. There are some good elements to the NEP 2020, that will generate little friction and need only adequate resourcing. Provision of an energy-filled breakfast, in addition to the nutritious mid-day meals to help children achieve better learning, is one such thing. Creation of  ‘inclusion funds’ to help socially and educationally disadvantaged children pursue education is another step.
But the idea of a National Higher Education Regulatory Council as an apex control is bound to be resented by States,  Similarly, a national body for aptitude tests would have to convince State governments of its merits. In the higher education system, NEP aims to improve the Gross Enrollment Ratio (GER) from 26.3 per cent from the current to 50 per cent by 2035, is a worthier goal but it will need ramping up supply dramatically, which the Government alone can’t do. 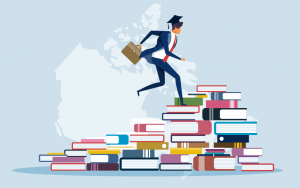 Breaking disciplinary barriers, establishing academic credit bank and allow Indian institutions to build campuses abroad and pave the way for foreign universities to come to India are far-reaching measures. While, these are good goals, increasing GER drastically –almost adding the same number of seats that India has had in the last 70 years in the next 15 years- may lead to a focus on quantity rather than quality. While, NEP aims to increase the public investment in education from the current 4.3 to 6 per cent of the GDP, there is no time-frame given.The need to enhance funding was first recognized decades ago. Only increasing the investment, however, will not be a panacea; to improve the quality of education, there has to be realistic budgeting, flexibility in the tweaking of priorities when required, strong leadership and a singular focus on outcomes. The Cabinet also approved the renaming of Ministry of Human Resources to Ministry of Education to define its work and focus.
With the renaming, the Ministry got back the name that it has started out after Independence, but which was changed 35 years ago when Rajiv Gandhi was the Prime Minister. In a significant shift from the 1986 policy, which pushed for a 10+2 structure of school education, the new NEP pitches for a “5+3+3+4” design corresponding to the age groups 3-8 years (foundational stage), 8-11 (preparatory), 11-14 (middle), and 14-18 (secondary). This brings early childhood education (also known as pre-school education for children of ages 3 to 5) under the ambit of formal schooling. 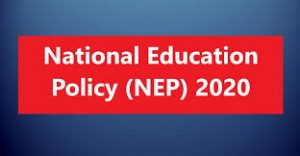 In a country still beset by huge inequality and challenges faced by the disadvantaged and disabled, the NEP lays particular emphasis on providing adequate support to ensure that no child is deprived of education, and every challenged child is provided the special support she needs. The long-neglected ancient Indian languages and Indian knowledge systems are also identified for immediate attention. All this requires enormous resources.Among the far-reaching measures announced in NEP, it is hoped that the deadline to achieve universal literacy and numeracy by 2025 gets top priority as a goal that will crucially determine the progress of India.
Share