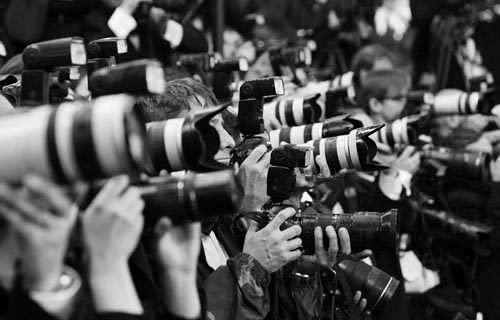 Photographs have always been a great form of conveying an idea or a thought in a more direct manner and has captured the imaginations of entire generations over the past many years, photo advertisements have been in vogue for the past many decades and still is a rage amongst the youth.

Photo magazines such as National Geographic magazine virtually takes the reader on a journey which otherwise would be impossible in the normal scheme of things, similarly glancing through automobile oriented magazines makes one feel like blasting through the roads in one of the glitzy cars featured in the magazine.

Life in the USA during Kennedy’s time could be better understood by going through the photo features in the newspapers of that era rather than reading the voluminous literature by experts on politics and economy.

The horrors of the Vietnam war and the tragedy of the Korean war was best exemplified by the daring photographs of Edie Adams and others of his ilk and has made men more saner and sombre when dealing with the pain and the grotesqueness of war and the inevitability of peace as a savior of human race.

Many of the photo features carried in various publications of the world gives us a glimpse of the social and historical movements of the respective country and almost virtually transports us into lives and aspirations of that country in a poignant manner.The photo of che Guevera taken while attending a meeting has become the stuff of legend, or the snap taken of Gandhi and Kennedy while having an evening walk has been etched in the memories of the masses.

Photo features in journals and periodicals also are a great medium of promoting and marketing a product and many of the now famous FMCG’s in the market owe their success thanks to the slick photos, hence it can be safely said that photos can make or mar a product’s success hence the skill and the expertise of the photographer goes a long way in the sale of the products.

Modern day malls, aesthetic offices, art houses, heritage buildings, villas, flats get a new appeal and a touch of finesse thanks to the stylish photos, hence it is rightly said that photography is seen more as an art rather than science due to the artistic outpourings seen in the snaps.