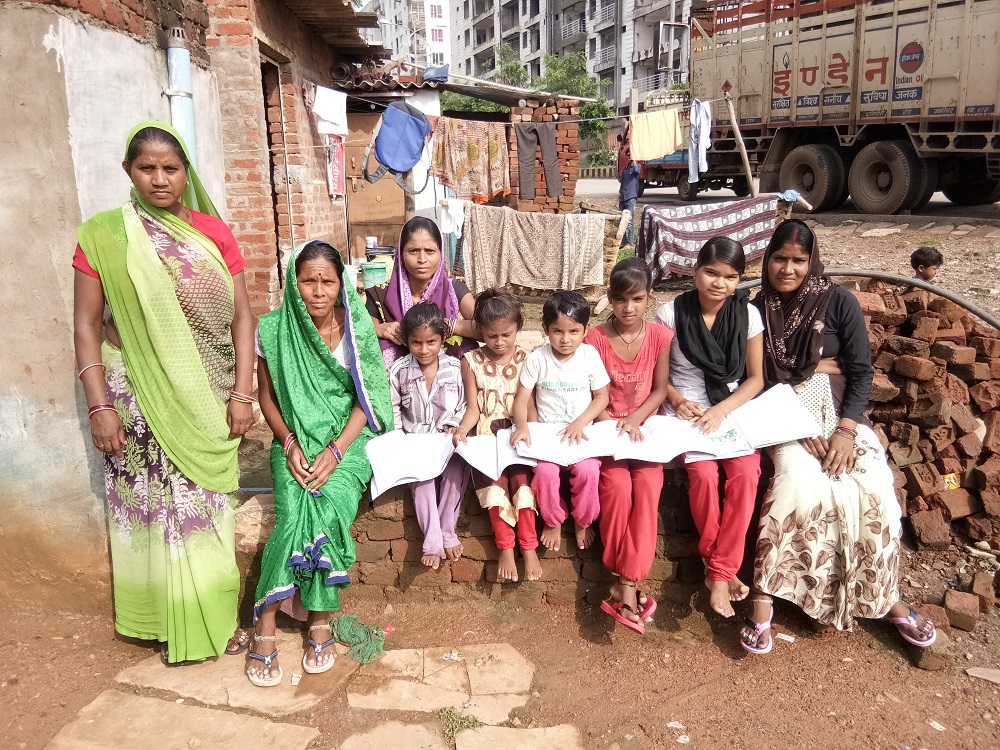 The absence of teachers in school led to the relocation of four women from Nayipura village to Gwalior city to provide education to their daughters. Guddibai, Mithlesh, Ramdhakeli and Kamlesh live in their small huts with their daughters at D.B. City, Gwalior. Guddibai told us that she always wanted to study but in a young age she got married to Mr. Vinod Jatav, who is a farmer. She did not want the same happen to her daughter, she added. She with other three women of the village determined to educate their girls.

Very few girls go to school in village and there are no teachers available in the school to teach children for higher classes., said Guddibai.She further added instead of blaming the situation she decided to fight with it. She took a decision of migration to Gwalior which is near to her village. She collected her other friends. The four women asked their husbands to support the decision but they refused, in the end, they had to agree before the stubbornness of their wives and allowed them to leave the village with daughters for their education.

The women said, in the beginning it was so problematic for them to manage in the city. They built mud houses to live and searched for employment. The four women work as maid in other houses and with the income they pay school fee and tuition fee of their daughters. The women stated, “We are trying best to educate our girls, one day their success and happiness will pay for our struggle.”

When we took interview of little girls named Malti, Radha, Neha, Komal and Priya. They told us that they are studying in a private English medium school. They get high grades in class.

They also said that they all want to become government officers. Wherever they will be placed, they will do their work honestly and will ask Government to provide all necessities to citizens so that no other girls would have to leave their village to get education. They quoted, “they will work for girl education together.”

A big salute to the great thinking and struggle of these women. The awareness of these women are inspirable to highlight the importance of education.