The new alternative of schools: the coaching institutes, and the parent’s fascination for them 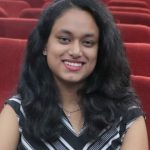 In India, how does a child decide what he wants to do in his life? The answer is quite simple- Whatever the child’s parents fancy. Nowadays, a child’s fate is decided the moment he is born. The foremost problem of education in India is that the system demands the highest caliber and performance of a student.

The fearing thought that he might not be able to fulfill his parent’s expectations, the child ends up in a whirlpool of distress. In an effort to mark his presence in a gathering, the student often cheats to find his way out of the never-ending stress of Atychiophobia (the fear of failure).

The students these days are no less than automated answering machines. Ask them a few questions, answers are fired like the bullets of a machine gun. But if someone tries to dig a little deeper, it turns out they have no idea of the fundamental concept. A deeper thought to this issue raises questions concerning why students hide bits of paper in their pockets; why hundreds of unfair means cases are registered during semester examinations; why a number of suicide cases arise and are reported from every corner of India?

Momentarily, there is an abundance of coaching classes in India. Ironically, for a country like India where the concept of coaching is considered to be crucial, the Europeans, on the other hand, don’t even understand the purpose of a coaching class.

By the time a student appears in ninth standard he is enrolled in a coaching institute so that he can get exceptionally satisfying marks in board and higher secondary exams. Most of the parents pay little attention to their child’s mind.

Few of the coaching institutes have an intended approach of getting top ranks in national and international competitions. You’ll find them flaunting the very famous ‘Three Idiots’ movie dialogue that “Life is a race, if you don’t run fast you will be like a broken Undaa (an egg)…” However, no attention is paid to build a particular topic’s framework that can help a student.

In coaching, the student’s life gets burdened with the weight of assignments. Due to the contrast in the performance, the students who score low in these exams often feel crushed when their results are displayed on notice boards out in the public. The whole business-minded coaching institutes hunt out for the toppers, as they know nurturing the toppers would result in better business expansion followed by a large number of admissions in the successive sessions. But in this process of seeking for the ablest, the mediocre students are neglected and left behind.

The students carry the pressure of their parents’ expectations as they expect some returns on investment. The society plays the worst role here. It denounces the student as ‘a hopeless garbage’ if he fails to succeed in the exams. This breaks the student’s confidence, causing depression and anxiety.

In a recent case, one of my friend who failed to qualify the NEET exam last year was so stressed that when a counselor asked her to recount her strengths and to opt for a course matching to it, all she said was, “What have I got in my life, other than failure?”. I was dumbstruck after hearing the story. It took the counselor a whole month to help my friend in overcoming stress and to convince her to join a university instead of doing something she didn’t want to. The good thing, however, is that now she has moved on in her life. In many instances I’VE seen students that are afraid to attempt competitive examinations due to the stress and pressure, they face from society.

Now it is the parents’ duty to decide whether it is truly necessary to send their children to coaching classes. This doesn’t mean that coaching institutes are terrible. But parents, at all times, should let the child do, what he wants to do for himself. Most importantly, they must be able to identify the child’s potential. Not everything is meant for everyone. There is a famous dialogue from the Bollywood movie, Lakshya, which is truly satisfying, “Jis din usne faisla kar liya use kya karna hai, fir dekhiyega woh kahan se kahan pahunchta hai.”