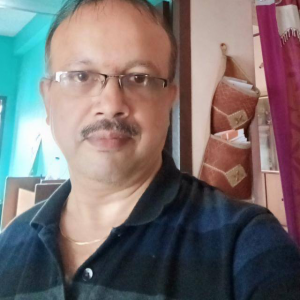 It’s election time and Tamil Nadu is pot-boiling with various interesting events before the actual ballot date. Candidates of various parties are busy making prospective alliance to win the Lok Sabha polls from their respective constituencies. However, TTV Dhinakaran of Amma Makkal Munnetra Kazhagam (AMMK), who shocked the ruling combination AIADMK and opposition DMK in December 2017 by decisively winning the prestigious RK Nagar assembly seat held earlier by former state chief minister and AIADMK head J Jayalalitha, is now back in the picture again with election commission allocating “gift box” symbol to his party.
In the earlier assembly bye poll, he fought as independent candidate with “Pressure Cooker” symbol and trounced the DMK and AIADMK biggies (Ganesh and E Madhusudhanan). Allegations were floating in the air after the election results were announced that he had gifted people with pressure cooker filled with currency notes to win their votes.
However, it was overtly believed that money power played a decisive role in deciding the election results in RK Nagar, and Dhinakaran played his card smartly to trounce his rivals. This time too, he has been allocated a symbol which can be used in his favour. With “gift box” symbol, understandably, TTV is more than happy, though his valiant attempt to get AIADMK’s two leaves symbol or pressure cooker symbol was declined by the election commission and Supreme Court.
Last week, the apex Court had declined to recognise TTV Dhinakaran-led outfit’s claim over ‘pressure cooker’ as common election symbol. With gift box symbol in his kitty, his party supporters are overwhelmingly reaching out to
people with giftbox (claimed to be empty) giving the police, poll and vigilance officials a nightmare and constant headache who are taking no chance to check every vehicle of his supporters and their acquaintances for possible money and gift items meant to woo voters.
But knowing his nature of playing his cards smartly and surprise opposition at the last moment, the ruling AIADMK and DMK are taking no chance this time to counter TTV and his party candidates fielded across the states. His presence in as many numbers of Lok Sabha seats in Tamil Nadu is giving jitters to EPS-
OPS lead AIADMK and may split the votes in favour of DMK-led Alliance.
The presence of cine actor-turned politician Kamal Hazan’s MNM party too may play spoilsport for the ruling AIADMK-BJP front. With Jayalalitha and Karunanidhi not in scene to woo voters for the first time after so many years, the results may go either way. Though the chance of willing a single Lok Sabha seat for TTV looks remote, he can surely create a dent on the prospects of several seasoned politicians in the state.
Share