ALL INDIA WEATHER SUMMARY AND  FORECAST 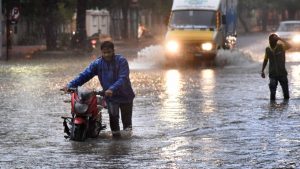