The big dream of India becoming a five trillion economy cannot be achieved without including villages. Stating this at the National Awards function of the Ministry of Rural Development, the Minister for Rural Development, Agriculture and Farmers welfare and Panchayati Raj Shri Narendra Singh Tomar said that development of villages has been one of the priorities of the Modi Government and the imbalance between Urban and Rural India has to be removed. He said that villages have to be self sufficient and Agriculture has to be made more profitable. 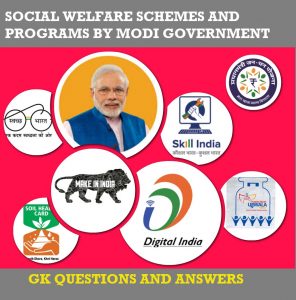 Minister of State for Rural Development Sadhvi Niranjan Jyoti also congratulated the Awardees and said that all the programmes run by the Rural Development Ministry have ensured the weaker sections living in rural areas have a pucca house to live in, an all weather road to reach the nearest facilities or markets, employment opportunities, pensions for old persons, widows and physically handicapped and training to impart skills.

On the occasion of the National Award Ceremony, the Union Minister launched a new website for PMAY-G.  The new website is bilingual and also has a provision for screen reader for “divyangjan”, a grievance redressal mechanism along with a link for various social media platforms.  It also has a dashboard for highlighting key achievements of PMAY-G.  The Union Minister also launched a web portal and a mobile app for the Ease of Living Survey which highlights the improvement in the lives of rural India and will also help in creating benchmarks for different policy formulation purposes.  The Union Minister also launched a “Disha” Software along with a book named “Jalsangraha” which highlights the water conservation experiences of MGNREGA.  He also unveil guidelines regarding Cluster Facilitation Project and Unnati Project.  Under Cluster Facilitation Project, the focus will be to provide rural livelihood under MGNREGA to aspirational and other backward regions of the country.  Unnati project aims at providing training to unskilled MGNREGA labourers so that they move towards full time employment.