The Ministry of Jal Shakti has made a ministry under the Government of India which was formed in 2019 May, to send a proper piped water supply in all houses of the country, and to clean River Ganga.

The ministry was formed by the two ministries namely- Ministries of Water Resources, River Development, Ministry of Ganga Rejuvenation, and Ministry of Drinking water and Sanitation.

The main purpose of the Abhiyan is to conserve rainwater and reuse it in a manner that everyone can get a piped water supply. In a line the government has promised to focus all their concern on water conservation.

Being, water not only a national issue but also a state to state issue, the campaign is being coordinated by 255 central IAS Officers.

The Abhiyan seems to function just like last year’s Gram Swaraj Abhiyan, in which the 7 flagship development schemes were monitored by the central government.

The program was launched by Union Minister ‘Gajendra Singh Shekhawat’ and he said in media that “The government wants to make Jal shakti a Jan Andolan (people’s movement),”

Keeping in mind the fall of water level in the country, the government has taken a step forward towards it. Availability of water per-capita has fallen from 18,16 cubic meters in 2001, to 15,44 cubic meters in 2011 as the last records.

Also, cleaning River Ganga is one of the most important and highly prioritized aims of the second Modi era.

According to a report, the groundwater level was expected to run off in some of the developing cities like Delhi, Bangalore, Chennai, and Hyderabad.

Many of the blocks were categorized as critical where it would become difficult to get proper drinking water. 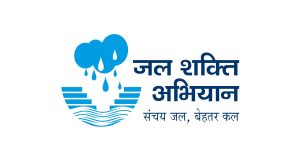 The government will be raising funds from MGNREGA and Pradhan Mantri Krishi Seechai Yojana for the Abhiyan.

The government is also working to calculate and make a record of industrial usage, consumption of water in industries like cement, steel, and power.

This study will clarify the project a bit more for the government and a plan will be made to manage the things in a way that the resource is provided to all and will be saved for the coming future generations.

The project is working on its highest pace and is approaching the target if providing piped water supply to all households which are nearly 25+ crores, to control wastage of water.

And now approx of 6+ lakhs households are provided with the piped supply of water, and about two-third if the households are still left to provide with the promised connection. Seeing the pace, determination, and speed of government work seems to be over soon.